I’ve said a lot about Pixar films over the years and I think most of it, hate and praise, is deserved. Though the “hate” part of it isn’t really that bad, more along the lines of “what the hell are you thinking with Cars 2?” But I’ve always thought, and still do, that a movie like Toy Story really did change the face of digital animation for good. And for the good. That film launched the empire that is and was Pixar who has given us countless animated films over the years. And while lately they’ve seemed to be in “sequel” territory, that’s not altogether a bad thing. I’m still waiting for a sequel for my favorite Pixar film, The Incredibles, and I hear that’s in the works. It’s about time. But 2003 brought us perhaps the most critically and commercially-acclaimed Pixar film of all with Finding Nemo. Admittedly it wasn’t until this film’s Blu-ray release a few years ago that I finally saw it, but that’s another story. As of this writing it’s now 2016 and it’s been over a dozen years since we were introduced to Dory and Nemo. Does Pixar still have what it takes to make these fish swim?

I will go on the assumption that if you’re reading this, you’ve already seen Finding Nemo. If not, it’s ok and it’s not required that you see it before you watch this, but it might help a bit.

One year after the events of Finding Nemo, we once again meet Dory (voiced by Ellen DeGeneres) who suffers from short-term memory loss. While at school, Dory has an epiphany that she has parents, but not much else. Together with faithful friends Marlin (voiced by Albert Brooks) and Nemo (voiced by Hayden Rolence), the trio take the same “jetway” as seen in Nemo to find mom and dad. Of course, not everything is as easy at it seems and after meeting up with a cantankerous octopus (ok, septopus) named Hank (voiced by Ed O’Neill), the movie starts to take off. Of course, Pixar is all about the celebrity voices and we do meet a few others who help Dory along the way like Bailey (voiced by Ty Burrell), a sonar-seeking beluga whale and a nearsighted shark by the name of Destiny (voiced by Kaitlin Olson).

It’s a wonder it took so long for a sequel to happen given the success of the predecessor. Director Andrew Stanton (who I had the pleasure of interviewing way back in 1999) said that he thought there was no need, but after seeing Nemo in 3D, he felt that the Dory storyline needed closure. I have no idea what the 3D aspect of it really meant, but ok… And, let’s face it, there’s really not a whole lot to dislike about the film. It has returning voices from the first, a few new faces/voices and a remarkably similar plot. If it ain’t broke…Oh that and the movie managed to make a billion dollars worldwide, that’s not counting merchandising and such. Take that Marvel Cinematic Universe! Then again Disney owns that as well, so I guess all the money eventually ends up in the same place. At any rate, Finding Dory is pure fun and fans of the original (who are now 13 years older) will surely get a kick out of it. I did.

If ever there was a movie meant for HD, it’s got to be a Pixar animated film. Even the early ones look so amazing, it’s like you could reach right through your television and touch what’s being shown. Don’t try that, of course, you’ll have to buy a new TV. Kidding aside, the 2.40:1 AVC HD image is everything we’ve come to love from Blu-ray and the image is so rich and packed with color and detail, l’m at a loss to compare it to anything but the original. The orange of the clown fish, the intricate detail of the ocean and of course Hank the septopus are just a few examples of what to expect.  To say this film epitomizes perfection is an understatement, but it’ll have to do because I’m running out of adjectives. Suffice it to say, this looks flat out perfect.

While not quite as impressive as the way it looks (which is hard to top), the included DTS HD Master Audio soundtrack has its share of moments that make you saw “Wow.” I found the immersive audio to be pretty dynamic and one that filled the room with the sounds of the ocean. Of course, the movie takes place (by and large) underwater so there’s a lot of immersion going on.  Vocals are pure as well, the male actors in Ty Burrell, Ed O’Neill and Albert Brooks have distinctive voices that really carry the film. The soundtrack resonates throughout and though I felt the LFE were a little underused, this is still a great-sounding track.

How do you top one of the highest-grossing and best-reviewed films of the last 15 years? Well you make a sequel that’s just as good, if not better. Finding Dory is what movie-watching is all about and it delivers on pretty much every aspect. It’s good for the kids and adults alike, it looks and sounds amazing. This one is a no-brainer. 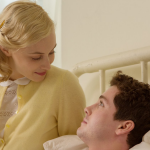 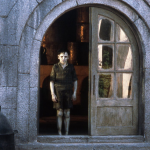