Most people will at least have seen posters of Flashdance or at least know of it by name even if they haven’t seen the film. Still, the film was a hit in 1983 and has only grown in popularity since its debut. Taken from a time that was very cheesy and didn’t take itself too seriously, the film is quite enjoyable if viewed with the proper mindset. Sure it’s corny, but it’s also memorable and very entertaining. Oh, and I also have a celebrity crush on Jennifer Beals, so there’s that too. Just in case anyone cares. And if you don’t, it’s unlikely you’re even reading this. For those still with me, let’s take a look at the plot that you might not be aware of.

I’ve never been to Pittsburgh, but I have seen enough of it in films to have zero desire to ever visit. I bring this up, because this is where the film is set. We meet Alex Owens (Jennifer Beals) who is only 18, but already has big plans for her future. She has a tough job as a welder at a steel mill, but at night she is a dancer at a club. Alex isn’t content and has dreams of one day becoming a professional dancer one day. She doesn’t have much family, so she confides in her coworkers, Jeanie (Sunny Johnson) and her boyfriend Richie (Kyle T. Heffner). Jeanie hopes to be a figure skater, while Richie hopes to be a comedian. They both have day jobs, however, to make ends meet. A romantic angle begins between Alex and Nick Hurley (Michael Nouri), who is the owner of the steel mill. So this is what we have: Alex is a young girl with a dream who gets involved with the boss and has to balance the many things in her life. It’s more than a bit predictable, but it still somehow works.

It’s widely known that body doubles were used for Jennifer Beals in several scenes, but that doesn’t hurt the film too much. It’s her performance that still shines in the other scenes. There’s also the popular soundtrack that will likely get stuck in the heads of many viewers such as the song Maniac, for one. It is very much a product of the 80’s, but the core story of following your dream in life is one that we can all relate to on some level.

With a new 4K scan supervised by the director, expect great results here. There’s a very clean and polished look to the film. We get an AVC encoded 1.85:1 transfer that features strong details throughout. The film was already released in 2013 and while I don’t recall much about that transfer, this one should please fans and provide the superior viewing experience.

The DTS HD track shines as it should since music is so dominate in the film. Vocals are fine and have the clarity we expect as well. There’s a natural sound to much of what we get here. Background banter and city noise add to the experience as well. Like the transfer, this track satisfies.

I shouldn’t need to tell you whether you want to own Flashdance or not. It is so widely known that this disc was indeed made for the fans. Well, it is a bit of a cash cow since the previous disc was also for the fans, but you get me. If you don’t own a copy then this provides strong specs although it loses some features (and adds one) from the old disc. It’s entirely up to you on what to do, but I enjoyed the film as well as this package. It would’ve been a home run had all the features carried over, but Paramount wanted to make things difficult. 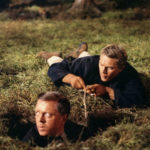 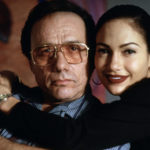