Even if I hadn’t seen the previews for it, I could’ve drawn the conclusion that Florence Foster Jenkins stars Meryl Streep. What can I say, I just have a sense for these things. I try not to prejudge a movie, but films of this sort simply aren’t my cup of tea. They don’t float my boat, if you will. Needless to say, I was less than enthusiastic when I was asked to review this film. But that’s just the nature of the beast. I’ve always found films of this sort to be somewhat dry and leave me cold. Still, fans of this sort of flick might take more away from it than I ultimately did, but you know who you are. All others should steer clear.

Set in the 1940’s, Florence stars Streep as the title character, known almost exclusively for her lack of singing skills. St. Clair Bayfield (Hugh Grant) stars as her manager/husband and we follow the journey of these characters as Florence reaches the spotlight. The Florence character does take something of a backseat as St. Clair seems more of the focal point. Make no mistake, Streep plays a big role here, but it might not be a primary as some would expect. It is interesting to see the St. Clair character so steadily stand behind his wife. He knows of his wife’s obvious lack of talent, but supports her regardless. So while I can certainly applaud that element of the film and the overall look and detail of the film, it still did little for me. The performances are all fine, but I wouldn’t expect anything less from Streep. Grant does solid work as well. It’s just the film didn’t do a lot for me. I can’t say I particularly cared for any of the characters either. I suppose if this sort of film is up your alley, then have at it, but I can’t muster up much enthusiasm from it.

Set in New York in the 1940’s, the film is nice to look at, and the transfer does it justice. Details are consistently strong and colors seem accurate. No print flaws or other issues were evident either. The transfer is AVC encoded with a 2.35:1 ratio. Fans will be pleased with the results here as it presents the film as it should.

The DTS HD track is about as expected. Some scenes outside the busy New York City streets show range, but mostly this is front loaded stuff. Still, that’s OK for this sort of film as it never felt lacking in any regard. Vocals were always clear and natural sounding with no issues. Like the transfer, this track should please fans.

I’ll admit that this flick did very little for me. I didn’t expect it to as I approached it, and my expectations were pretty much spot on. Still, fans of this sort of flick will likely take more away from it than I did. Performances are fine and the details of that era are well rendered. I can only advise a rental for fans of this type of flick as I can’t see it offering much replay value. 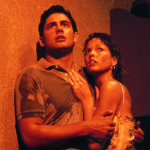 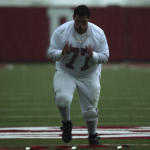