It’s surprising to learn that The Founder took so long to get made. The story of the McDonald brothers and Ray Kroc, the man who essentially stepped in and took over what would become an empire. Michael Keaton plays Ray Kroc in what is another great performance of his, carefully walking the line between pure genius and pure evil. Evil might be a harsh word, but to see what he did to the two brothers who just wanted to run a quality controlled square joint is a bit heartbreaking. The film didn’t do much in theaters, but hopefully it will find a new life on him video as it’s one of the better films I’ve seen in quite some time.

Traveling salesman, Ray Kroc (Keaton) is pitching his latest product: a milkshake maker capable of churning out several in a short time. He’s surprised when he receives such a large order for one. So surprised, in fact that he travels to meet the buyers. He travels to meet the two McDonald brothers in person. Nick Offerman and John Carroll Lynch play the two brothers, respectively. Kroc grabs a bite at their fast food joint one day, and is surprised by how quickly his food is delivered. Almost instantly. He hears a bit from the brothers about their history and how their fast food place came to be, and is immediately impressed. He hopes to expand the business nationally, but the brothers are more than a bit skeptical at first. Their primary focus is quality control and they fear they’d lost that element if an outsider steps in, or they go too big. Still, Kroc eventually steps in and it’s not long until they’re expanding on a massive scale. You might see the title and think that Kroc himself is the founder, but that’s not accurate. In fact, he does a lot of dirty business and eventually all but steals the franchise from under the brother’s feet.

There’s a lot more to the film than this review can really do justice, but it’s well worth watching. It really is a great story that needed to be told, and from what I gathered, is quite faithful to how things really played out. I like that it really lets the viewer make up their mind about how to feel about the Kroc character. I don’t want to reveal too much (for those who aren’t familiar with the story), but I was a bit emotional by the film’s closure. We see two brothers who were perfectly content with their business then a man came in and basically swept the rug from under them. I also enjoyed the little details and seeing how the restaurant operated during its early years. The cars, clothing and overall look of the film is true to the 1950’s and on. The film has an authentic feel and offers strong performances across the board, especially with Keaton in the lead. There’s really nothing this guy can’t do. The film is well paced and held my interest throughout.

As a new to Blu-ray title, we can expect this to look its best and it does. Though I found a few of the exterior shots a bit on the soft side, I was pleased overall. The 2.39:1 AVC HD image certainly sparkles with rich, dazzling colors (keep an eye out for the reds and yellows as they tend to dominate…with good reason), sharp detail and no artifacting. It’s a lively, colorful film that’s made for Blu-ray and viewers won’t be swayed in the least. It’s a top notch effort.

The included DTS HD Master Audio mix is simple, yet effective as well. Vocals resonate and sound rich and powerful, surrounds are used frequently and with great effect. The entire sound stage has an ambiance that I hadn’t expected. Don’t get me wrong, it’s not like this is demo material here, but it’s a good-sounding mix that’s sure to please.

The Founder is well worth watching and features a great story and wonderful performances. It’s surprising that this story hadn’t been told before as it’s a fascinating one. Regardless of how you feel about the Ray Kroc character, Keaton plays him wonderfully, and the film lets us draw our own thoughts. Highly recommended. 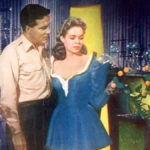 World Without End (Blu-ray)
Next Article 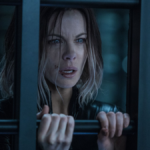