I hope you already know this tale, but for those you who have missed out on this one, here’s a brief synopsis. Dr. Frankenstein (Colin Clive) is not the type of doctor you want holding the scalpel while you’re under, since he likes rob graves and tinker with reanimation. After he and his assistant Fritz steal the human remains, the good Doctor works with the pieces, trying to assemble a whole new creature from the parts. When the Doctor ruins the brain sample by dropping it, Fritz fetches a new one, which unknown to the doctor, once belonged to a criminal. Meanwhile, Frankenstein’s distant fiancee is becoming worried about her man, so she asks a couple guys to take her to his lab, so she can plead with him to end his experiments. The night they arrive happens to be the same stormy night that the Doctor plans to attempt to bring his creation to life, so of course, the men tell him he’s crazy, but we all know what happens in the end. With flashes of lightning and all manner of strange equipment running, the creation of Dr. Frankenstein is brought to life, which amazes even the good Doctor. After some violence ensues, the monster escapes from the lab, and wanders into the open world. While the creature is mostly childlike, it can strike out in a violent manner, so the outside world does take well to it. If you want the whole story, you’ll have to watch the movie yourself.

This is another in Universal’s Classic Monster Collection, and much like the others, it has had a profound impact on both the horror genre and film in general. This is one of my personal favorites of the Universal Classic Monster Collection, and I am very pleased to see it get the top notch treatment it deserves. I have to say that most modern horror fans, unless they have a taste for the classics, will be bored with this film, since the blood and guts factor is low here. But unless you’re vapid and have no attention span, you will be enthralled with this film, if you’re a classic movie or horror fan. The running time is only seventy-five minutes, and there is not much down time to speak of. The visuals are striking, and the film has several of the most memorable scenes in film history. The windmill scene, the scene with the little girl, and the animation of the monster scene are some of the most powerful sequences captured on film, in my opinion. Classic horror fans have reason to rejoice with this release, and this film and disc have my highest recommendation. If you’re a first time viewer, a rental could be a good motion, but fans of the film should purchase this one, without hesitation.

This classic film was directed by James Whale, who was not only a masterful horror director, but also made some excellent mainstream films. Whale is best known for this film and the related Bride Of Frankenstein, but he also directed Showboat, The Invisible Man, and The Man In The Iron Mask (1939), among others. Gods and Monsters, about his final days documents the eccentric director, and those interested in Whale should give the film a chance. A legend in the horror genre, Boris Karloff started his reign in the horror flick business here, even though he was in many, many films before this one. Karloff is downright freaky as the monster, playing the creature with compassion as well as wild abandon at times. Karloff also gave excellent performances in The Mummy (1932), Bride of Frankenstein, The Black Cat, and The Ghoul, among others. The supporting cast here includes Colin Clive (The Woman I Love, One More River), Dwight Frye (Sea Devils, The Vampire Bat), John Boles (Redheads On Parade, Babes In Bagdad), Edward Van Sloan (End of the Road, The Secret Seven), and Mae Clarke (Mohawk, Ask Any Girl).

Filmed 25 years before widescreen movies were the norm, Frankenstein comes to Blu-ray in a 1.37:1 AVC HD transfer that’s the best the film has ever looked. Granted this film is over 80 years old, so don’t expect it to look as pristine as some modern releases but given the elements here I was more than impressed. The film is black and white so contrast is the main component here and while the blacks look deep and dark, I did notice a bit of movement in some of the earlier scenes.  Detail seems to have been improved from the previous DVD and, as we might expect, this looks to be a major improvement with this Blu-ray release.  Well done, Universal.

Don’t let the “DTS HD Master Audio” label fool you, this is as mono as it gets but given a film of this magnitude, it really doesn’t matter. There’s an obvious limit to the range that one channel can provide, but I really can’t imagine this any other way. Vocals are sharp, but there’s some slight distortion in a few scenes, sonics are limited as is the dynamic range.  There’s not a whole lot else to say here – it sounds good, but given the age of the film it’ll probably never sound like today’s modern films. But that’s quite alright.

This appears to be a re-release of the Frankenstein Blu-ray from a year or so ago, the only real difference being that this has a Digital HD copy and some new cover art (I personally preferred the older, movie poster style art). Still, it’s got several supplements worth mentioning. 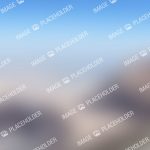