As I drive, I get very, very agitated with some (ok, most) other drivers on the road.  I’m not sure you could classify what I have as “Road Rage” or not, since I don’t really target anyone or plan them harm.  No, it’s mainly the people I see who are looking at their phones or are otherwise clearly distracted by something else.  Sorry folks, I’d hate to keep you from concentrating on the road!  Ok, so what’s this got to do with Gone in 60 Seconds?  Not a whole lot, but I don’t do a lot of reviews about car chases, so I had to throw that out there.  I do remember about a decade ago when the re-make of Gone in 60 Secondscame out.  It starred Nicholas Cage, Angelina Jolie and Giovanni Ribisi among others.  I also remember the original coming out on DVD, but I’d never really had an interest in watching it.  I actually liked the re-make and now in 2012, the original has been released on Blu-ray.  It was a rainy day, so why not see the movie that inspired the re-make?

As it turns out, there’s not a whole lot in regard to plot and there’s very little in common with the 2000 version, save a few select scenes and the presence of “Eleanor”, the elusive Mustang.  We meet Maindrian Price (H.B. Halicki), the owner of a chop shop that buys cars for dirt cheap, takes the VIN numbers off them and then steals identical cars.  The profit is what motivates them.  As it turns out, they’ve gotten a big contract, the biggest ever matter-of-fact, in which they need to steal 50 cars by a certain deadline.  We see the different members of his team go about their “duties” and evidently stealing a car is much easier than it is today as most folks just left the keys in their cars!  I was one year old at the time this movie came out, so I can’t attest if people actually did this or not.  Maindrian is nearly complete, but the orange and black Mustang “Eleanor” is always eluding him. He finally scores it, but is pursued by the cops…will it work out for him or not?

Having seen the re-make several times, I was pretty curious as to what the original had in store.  After watching a few of the featurettes, I had no idea what a car freak H.B. Halicki really was.  For those that don’t know Gone in 60 Seconds is famous for essentially one thing – the 40 minute car chase scene (with him in “Eleanor”) that spans a majority of Southern California.  It’s eerily reminiscent of the O.J. Simpson chase scene that happened in 1994.  The movie is about as low budget as you can get, with poor acting and a less than desirable script.  But fans of this movie don’t really care about that, it’s all about the cars.  The box claims “over 93 cars wrecked in the 40 minute car chase!” and while I didn’t count them, I’d say that’s about right.  If you’re a car nut, you’ve probably already seen this and, sadly, H.B. Halicki was shooting a sequel in 1990 but died on the set after an accident.

Those expecting a transfer that’ll blow them away will be disappointed. That isn’t to say the entire transfer is bad. It’s spotty, however. Some scenes dominate, while others definitely show their age. There’s a considerable amount of grain as well. Make no mistake, this is likely the best this low budget film ever will look and probably ever can look. The image is AVC encoded with a 1.85:1 ratio. It’s watchable, but leaves a lot to be desired.

We get a Dolby Digital 5.1 track that has moments of greatness, but overall sounds like a mono mix. There’s a lot of mumbling of lines, but that’s because there aren’t many “actors” in the film. This was intentional, but that explains why some of the lines are hard to make out. In the film’s defense, there shouldn’t be a lot to expect from this track, but those expecting a robust track will be disappointed.

I imagine those interested in this Blu-ray will by now know if they’re fans of the film or not. I actually really enjoyed the 2000 remake with Nic Cage in the starring role, but different strokes for different folks. The A/V quality here leaves a lot to be desired, but that doesn’t surprise me. The extras are interesting, and this time around, we get a digital copy, if that floats your boat. The choice is yours. 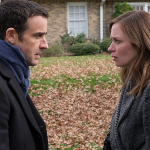 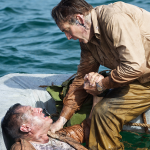