I’m not sure what the definition of a “tween” is, but I’m pretty positive that it’s been about three decades since I was one. And, truthfully, there’s something about losing the innocence of one’s childhood to the teen years. In many ways, it’ll never be the same. Good Boys manages to take a snapshot of that somewhat awkward period in one’s life and make a decently funny film about it. No, it’s not as raunchy as one might think, but I don’t imagine it’ll be on any “family movie nights” either.  The film’s cover touts that this is from “the guys who brought you Superbad, Sausage Party and Neighbors” but when you look a bit closer, it’s due to the film being produced by Seth Rogen (insert his laugh here). However, Director Gene Stupnitsky and Writer Lee Eisensberg worked on a few projects in the past like The Office and the cute little series Hello, Ladies starring Stephen Merchant (who makes a cameo here).

We meet Max (Jacob Tremblay), Thor (Brady Noon) and Lucas (Keith L. Williams) all of whom are best friends. They’re not outcasts, but not part of the “cool kids” either. Max has a crush on Brixlee (Millie Davis) and when he’s invited to a “kissing party” he relishes the opportunity. The only caveat is that his friends get to come along to the party. The thing is that none of them know how to kiss. They decide to spy on Max’s neighbor (Molly Gordon) and her boyfriend (Josh Caras) and things go awry. To add fuel to the fire, Max’s Dad’s (Will Forte) drone is lost and the trio must do what they can to procure it before he gets home.

The film works for a few reasons: it doesn’t take itself too seriously and it’s well-written and acted. There’s an old saying in Hollywood in that a filmmaker shouldn’t work with kids or animals. Good Boys breaks one of those rules. And getting the mixture of raunchy and sweet can be pretty difficult. But this is a funny movie packed with a few laugh out loud moments (sex toys thought of as weapons, stealing beers out of supermarkets, etc.). The lead actors are all great in their roles too showcasing talent beyond their years. It’s hard to believe Jacob Tremblay has a couple of dozen roles to his credit and he’s barely a teenager. Whatever the case, I found myself laughing and even enjoying this film. You will too.

Universal’s 2.39:1 AVC HD image certainly looks good from beginning to end. This is a bright, colorful film that isn’t shy about using every color in the spectrum. And that’s part of the allure and charm of the movie. Detail is tack sharp, colors are bold and bright and I saw no evidence of artifacting. Contrast is strong as well. I’ve become a bit spoiled by some 4K titles out there, but I often find myself saying that when compared to their Blu-ray counterparts, there’s not that much of a difference. Suffice it to say that this is certainly indicative of a new to the format film and it certainly delivers the goods.

Comedies (and that’s what we can classify this as) aren’t usually known for their soundtracks and dynamic audio and Good Boys is no exception. There are a few moments involving a drone when I got a dizzying effect, but this is a pretty front-heavy soundtrack. Dialogue sound pure and crisp and when Keith L. Williams’ character screams (he does that often), it’s delightful to hear. Surrounds occasionally kick in for some added ambiance. It’s a nice-sounding track, though not the most robust out there.

I equate Good Boys to American Pie in that it was touted as a “raunchy” comedy, but when you peel back a few layers it really has more of a heart than you might think. It’s got some truly funny moments and is one that I can see myself watching again. Universal’s disc looks and sounds good and is packed with enough supplements to warrant a purchase. 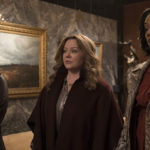 The Kitchen (Blu-ray)
Next Article 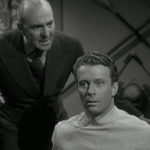