t’s been several years since I viewed this film, but it holds up very well. I’d argue that I enjoyed it more now than I did the first couple of times I saw it. This was released back in 2006 before Dwayne “The Rock” Johnson was a superstar. By this time he had done his share of films, some of them hits, but his popularity has one grown in the years since. While the core story in Gridiron Gang is familiar, it has its heart in the right place and features Juvenile delinquents as its main stars. Johnson gives a solid performance here and one that probably asks more out of him acting wise than some of his action fare.

Sean Porter (Johnson) has grown frustrated with the results of his students. He’s a probation officer who gets tired of seeing the kids in his camp return to their life of crime, thus winding up dead or back in prison. He wants things to change. It’s then that he and his co-worker Malcom Moore (Xzibit) devise a plan for the students to start a football team. The two hope that this discipline will teach them about brotherhood and respect so that when they leave the camp, they don’t simply resort to their life of crime. We learn a lot about the players over the course of the film, and even Sean’s personal life. There are far too many characters here for me to give a recap of each, but the attention to them is key to why the film works. The film never tries to make us like them or justify their actions. Instead, it shows us that we all deserve a second chance. Of course since this is a football film as well, we get plenty of scenes on the field as well. I enjoyed a lot of these moments too, though I admit I’m nothing of a sports fan. Still, I don’t think you have to be.

One thing I appreciated about the film is that it doesn’t become overly preachy. Sean doesn’t spew out random inspirational quotes at the audience. We get some of those, but much of it works here, because we know this characters are troubled and need that. This all builds towards the big game where the team must overcome their differences and work together, but I was invested by that point that I didn’t mind too much. If anything, the film runs a bit on the long side, but is otherwise a solid entry in this well-worn genre. Check it out.

I don’t think I ever viewed this on Blu-Ray before, but to my eyes, the image was quite striking. We get plenty of scenes on the football field, which if you watch a lot of sports in HD, you’ll have an idea what to expect. I noticed a general sharpness to much of the image. It simply looked clean to me. Background shots showed strong clarity and flesh tones seemed accurate. The image is MPEG-2 with a 2.40:1 ratio.

I understand the mix here is a new DTS HD track. I never viewed the old disc, as mentioned, but the vocals show great clarity. There’s plenty of action in the film, especially in the earlier half when we see some of the violence with the kids on the street. It all comes through strongly and clearly.

It was nice revisiting this film for review. It’s not a classic, but it’s well worth watching. The Documentary featured here is also a great addition to this set. For those who don’t own the previous edition and are thinking about picking up a copy, go with this version. Whether you want to upgrade or not depends on how much you want the Documentary. The film earns my recommendation. 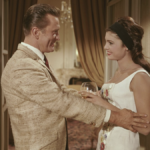 Two Weeks in Another Town (Blu-ray)
Next Article 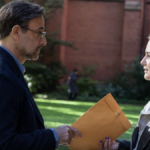