Twilight Time has recently released the neglected box office bomb Harry and Walter Go To New York. This film failed both critically and financially upon its initial release, but Twilight Time argues for its re-evaluation by releasing it on their label. Given the cast of the film – Elliott Gould, James Caan, Diane Keaton, Michael Caine, and many great supporting players like Carol Cane and Charles Durning – I was more than willing to sit down and evaluate it for myself.

The film begins in 1892, Massachusetts, where two vaudevillian performers, Harry (James Caan) and Walter (Elliott Gould,) work the crowd in a tent. When they proceed to lift some money from some wallets in the crowd using a psychic act, they are arrested. Meanwhile, in New York,  famous bank robber Adam Worth (Michael Caine) meets with banker Rufus T. Crisp (Charles Durning) at the posh New York restaurant Shang Drapers about returning part of what he has stolen from his bank. Adam was willing to give back the securities in exchange for allowing him to keep the cash. When the banker has him arrested, Adam promises that he will strike Rufus’s bank again. Walter and Harry are sent to a prison in Concord, Massachusetts, and they are surprised to see Adam Worth’s arrival in front of his adoring fans and the prison. Adam quickly adapts the prison and the warden to his liking. He continues to have meetings at the prison including getting new plans for Rufus’s bank and vault. The plans had been created by the designer himself from memory after burning the original plans in front of Crisp. Walter and Harry take the opportunity to work underneath Adam as his servants. Meanwhile, they send out hair samples and buttons from his coats to Adam’s adoring fans to make a quick buck. When a small paper called the Abolitionist visits Adam in prison, the young reporter Lissa Chestnut (Diane Keaton) is taken with Adam immediately. She brings along a photographer to document the visit. Harry and Walter try to snap a photo of the plans, and inadvertently burn down the plans and most of Adam’s luxurious prison cell. Furious, Adam has them sent to the Nitroglycerine duties in the mine outside of the prison gates. Seeing their opportunity, Harry and Walter escape from prison with hopes of finding the photo of the plans and pulling off the heist before Adam can. To get the photo, they will need to convince the Abolitionist and Lissa that they are passionate about their cause.

This film has an incredible cast. I am tempted to say that Michael Caine steals the film, but everybody is firing on all cylinders. James Caan and Elliott Gould prove that they can do any kind of acting well, even singing and dancing. Diane Keaton is very funny in her role. On top of that, the cinematography is by Laszlo Kovacs (Easy Rider) and the production design is by Harry Horner (The Driver.) In other words, the film looks fantastic. Production values are incredibly impressive from the beginning of the film to the end. It is honestly spectacular in its attention to detail and cohesion towards the time period it seeks to portray. Every frame of the film is stuffed with tiny little nuances that are best noted in high definition.

Unfortunately, the film is not without its pitfalls. The film is pretty ridiculous at times and employs a good amount of slapstick. This could be off-putting to some viewers. For myself, it was not a deal-breaker, although the latter half of the film employs a singing element that grew tiresome and tested my patience. The other issue is that the plot itself is not as intricate as it should be for the big finish. They made the mistake of building up to a strong finish but not thinking through an interesting way for it to occur. When the film came out it drew unfavorable comparisons to The Sting. I can understand why, but it is notably different from that film in many aspects, especially in tone. The comedy is broader and the plot much simpler. That unfavorable comparison led to terrible reviews for the film and doomed it commercially.

Given the good and the bad:

Overall, I found that I actually liked the movie pretty well. The first half is better than the second half (which did have a few moments where I was getting annoyed) but I am glad that I watched it. It is always interesting to watch a film that had so much going for it and could not draw an audience. Twilight Time is impressive for releasing this film despite its somewhat sour reputation on their label. As a spectator, you run the risk of confirming its worst critics, but you also may be able to enjoy the critics and disprove them. I recommend a rental prior to a purchase so you can make up your mind.

One of the great strong suits of this film, and this Blu-ray, is the fantastic attention paid to the visuals by Laszlo Kovacs. The film has spectacular production design by Harry Horner that deserves to be in high definition. The level of detail put into the set pieces and costumes is astounding. This new transfer in 1080p in the original aspect ratio of 2.35:1 looks very good. Kovacs shot Five Easy Pieces, Close Encounters of the Third Kind, and Easy Rider. If you enjoyed his cinematography in those films, this film’s look should appeal to you. There is fine grain that sometimes can be a little distracting, but the level of detail is very pleasing. Fans should be overjoyed to see it treated so well.

Twilight Time have provided a very competent DTS-HD MA 2.0 Mono track. The score by David Shire is bombastic and fits the time and place well.  Dialogue was never drowned out by action and despite the flatness of certain sound effects, this track works very well.

Harry and Walter Go to New York is not a perfect film but it isn’t the absolute dog it was made out to be when it was released. On the good side, it has an incredible cast, a great cinematographer, and absolutely stunning production design. On the bad side, the plot falls a little flat in the last half of the film. It is not as complex or thought out as it should be for the big finale. Overall, I think that this movie deserves a second chance. I enjoyed it, but given people’s opinions on the film, I recommend a rental prior to a purchase. I was pleasantly surprised by this film and found myself laughing a good amount, but I like watching Elliott Gould cut up in anything. For fans of the film, Twilight Time have provided a great looking and sounding transfer and the audio commentary is absolutely fantastic. 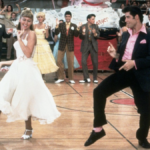 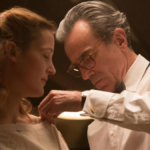