“Don’t let yourself get attached to anything you are not willing to walk out on in 30 seconds flat if you feel the heat around the corner.”

Michael Mann’s Heat represents just about everything that is right in filmmaking. A great cast, an epic story and a character-driven plot with people we actually care about. While Heat is probably most famous for pitting Al Pacino and Robert De Niro together in a scene for the first time (they both starred in The Godfather Part II though never actually shared a scene for obvious reasons), I feel this movie will get better with time. First of all would be the cast – Robert De Niro, Al Pacino, Val Kilmer, Jon Voight, Dennis Haysbert, Tom Sizemore, Natalie Portman, Ashley Judd and Amy Brenneman are just a few of the big names that make this movie work. But large casts aren’t everything if there isn’t a story present. “Heat”, however, combines layer upon layer of intriguing dialogue and superb acting to make the film work on so many levels. Michael Mann, the reclusive director, has directed several modern classics including the recent “Collateral”, “The Last of the Mohicans”, “The Insider” and “Manhunter” to name just a few. This aside, “Heat” has more to it than meets the eye and it’s no wonder it takes all of three hours to tell this story…

Neil McCauley (Robert De Niro) is a master thief. He has the discipline to know when to walk away from a job should there be a chance he’s compromised. His apathetic nature has allowed him to be very successful at what he does, even though Detective Vincent Hanna (Al Pacino) is closing in on him. The movie concentrates on the relationship between the two – the ultimate “cop” and “robber” – intertwined with their own personal relationships. Hanna’s marriage is ruined because of his obsession with McCauley and Neil has found a love interest in Eady (Amy Brenneman), someone who he cares for and is willing to give up his life of crime for. The essential storyline in the movie is the quest for that “one last job”. Neil and his crew are planning one last score and the cops (the “heat”) are closing in. Do they go through with it or walk away while they still have the chance?

Most likely this review has just offered only an insight into what the film is about. The great thing about this movie is that the more I watch it – the more I discover. De Niro’s character is deeply disturbed, yet he has the discipline to maintain a relationship but is bull-headed enough to pursue personal vendettas. Pacino’s character is perhaps more troubled than the man he pursues, yet he perseveres. Those familiar with Michael Mann’s work will be right at home here and I’d go so far as to say that this is my favorite movie by Mann (followed very closely by The Insider). I was intrigued to find that the story was based on true events and the more than adequate featurettes and commentary are worth the price of admission. Again I say that my words can’t do this movie justice, you’ll just have to buy and discover this for yourself. Highly recommended.

I’m not too well-versed in studio politics, so I have no idea why this title, a long-standing issue by Warner, has now ended up in the hands of Fox. I suppose it doesn’t really matter, so long as we get the best version of what the movie has to offer. Truthfully, Warner’s 2009 Blu-ray didn’t look that bad. But Director Michael Mann has “overseen” this release and it’s been given a new lease on the format. Heat has a very corporate look and feel to it. Blues tend to dominate some of the interior shots, particularly the one that features De Niro and Pacino’s characters. There are splashes of color, but by and large it’s a rather limited color palette. There seems to be an uptick in detail, though some of the exterior shots seem a bit on the darker side. I did a comparison with my old version of this movie and while some differences do exist, it’s not a night and day difference between the two. It looks good, though, so viewers shan’t be disappointed.

One of the best examples of a reference-quality surround sound experience is during the shoot-out scene after the bank robbery. Those who have seen it know what I’m talking about. I think it incorporates most everything of what makes this track so great. There are explosive bass, discrete effects in the surrounds and powerful action up front. In short – every speaker gets a workout! The majority of the movie is dialogue-driven and I was surprised by the clarity of the track. It’s hard to believe that the movie is ten years old, but the sound is a shining example of how good a track (regardless of the age of the film) can sound. Again, this new DTS HD Master Audio sound mix isn’t anything too drastically different from Warner’s TrueHD track. This is an excellent-sounding track and one that’s represented faithfully on Blu-ray.

The movie itself and the audio commentary are on the first disc, with the remainder of the supplements residing on the second.

Heat is one of the films that was given generally good reviews at the time of release, but it’s grown in stature as time has passed. I don’t know if it’ll achieve the status of films like Chinatown or The Godfather, however. This new Blu-ray by Fox does contain some new features as well as a new transfer and new audio mix. That said, I won’t depart with my old Warner copy anytime soon. Certainly this is the version to get, but don’t expect a night and day difference if you own the older Blu-ray. 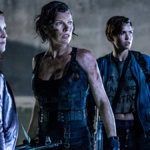 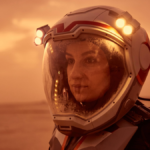