Is there anything more enigmatic than an unfinished project from a major artist? Garden of Eden by Hemingway, The Last Tycoon by Fitzgerald, The Brothers Karamazov by Dostoyevsky rattle off the tongue quickly. In film there is the Terry Gilliam Don Quixote production that was detailed in Lost in La Mancha or Jodorowsky’s ill-fated production of Dune. Bruce Lee had Game of Death and Orson Welles had too many unfinished projects to list them all here. If you love film, it is hard to resist thinking of these unfinished works and wondering if it would have been the masterpiece they had hoped. Henri-Georges Clouzot’s Inferno Is a documentary film about the unfinished film L’enfer by acclaimed director Henri-Georges Clouzot.

The documentary is unique in that the film uses the footage and tests that Clouzot shot along with the small amount of existing audio to reconstruct what could be put together logically. Director Serge Bromberg interrupts these clips with his narration of how the film began, what Clouzot was attempting to do, the problems he faced, and with interviews with several notable people that were closely working with Clouzot at the time. The film even interviews the great Costa-Gavras who was helping Clouzot at the time. There are also reenactments of scenes from the script to fill in the missing pieces. During the filmed scenes almost, all of the audio had been lost so they supplied sounds that fit the actions when possible along with a new score by Bruno Alexiu. By the time the documentary ends you feel as though you have experienced two films. You understand the idea of what Clouzot was attempting along with watching a competent documentary on how it was made and how it unraveled. It’s an impressive feat.

None of this would be interesting if Clouzot had not been a very skilled director. His films Diabolique and The Wages of Fear are both classics. He had been given a large budget and free reign. He conducted some incredible visual tests for the film that still look hypnotic and beautiful today. Some of the imagery is just plain astounding. This was an intensely personal project that he had worked on for years and his overly meticulous thoughts on how to get what was in his head onscreen ended up being his undoing. The film ended in disaster and with two people pushed to the brink of physical exhaustion.

Watching this film, I immediately wanted to go watch more Clouzot films. Whether this experiment would have worked as a cohesive whole will never be known, but this is one beautiful disaster. This documentary is excellent. This one is well worth checking out.

Arrow Films have provided a great looking transfer of the film using an MPEG-4 AVC codec in 2K provided from mk2 labs in 1.78:1 aspect ratio. This film looks great. The footage from Clouzot’s unfinished film is beautiful and at times incredibly hypnotic. Given that some of this footage looks better than other footage does not get in the way of this film looking amazing on Blu-ray. It would have been beautiful to have seen the final product!

Arrow Films has provided a French Dolby DTS-HD 5.1 track and an LPCM 2.0 track. I don’t think that either way is a bad call. This film has very little emphasis on surround, but the dialogue and music are very clear. The beautiful score by Bruno Alexiu is one of the best aspects of the film and sounds gorgeous here.

Henri-Georges Clouzot’s Inferno is a fantastic documentary film and a fantastic experience overall. I am thankful to Arrow for having released this film with some truly extraordinary special features and very strong technical specifications. Fans of Clouzot will love this but those of you intrigued by incomplete works will find it just as fascinating. This film is well worth your time. 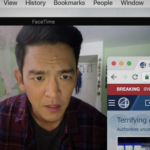 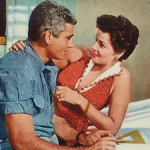