The McCallister family has planned another epic vacation, this time the entire brood is headed to Florida to spend the holidays in a warmer climate. But when the rush to make to the airport on time causes an anarchic situation, young Kevin (Macauly Culkin) once again winds up alone. This time Kevin finds himself on the wrong plane, so he ventures to New York while the others go to Florida as intended. As usual, he decides to make the most of his mishap and soon tricks the staff of a hotel, landing himself a lush suite all to himself. But while Kevin soaks in the good life, his old rivals the Wet Bandits are also in New York, with plans to rob a larhe toy store. When their paths cross, Kevin and the Wet Bandits seem destined to face off one more time. But can Kevin outwit the duo this time, when he is in a strange place? And will his family ever realize he is gone?

I liked the first Home Alone movie, even if it wasn’t good in the traditional sense. I enjoyed the slapstick violence and most of the humor, so it was a decent watch. This sequel reunited most of the talent on both sides of the camera, but was unable to capture the same vibe as the original. At a full two hours, Home Alone 2 runs way too long and to say it drags in spots is an understatement. This should have been a brisk jaunt, but instead it feels bloated and moves at too slow of a pace. Some scenes work, like Kevin’s fun at the expense of the hotel staff and his battles with the Wet Bandits, but otherwise, this one falls flat and hard. In the end, this is a simple rehash that lacks the fun spark of the original. Home Alone 2 is a rental at best, especially since this Blu-ray release offers little to no incentive to upgrade.

Home Alone 2 finds its way to Blu-ray sporting a 1.85:1 AVC HD encode. This looks good, but not quite great. The image is clean and clear, but detail doesn’t improve as much as I’d like. This is a decent enhancement over the DVD, but the difference isn’t huge and that will disappoint some. Detail is passable however, with a little more visible in the finer areas, but again, this isn’t eye popping stuff, just average at best. No concerns with color or contrast though, as both elements appear natural and consistent. So not a feast for the eyes, but at least it looks solid.

This DTS HD 5.1 option is impressive, thanks to a rich musical score and some high impact sequences. Most of the film is rather reserved, but some scenes burst with audio potential. The battle with the Wet Bandits in particular has some stand out moments, including some wince inducing impact effects. The toy store also comes to life well thanks to the surrounds, so there are numerous sections that benefit here. The dialogue is spot on also, while the score sounds excellent. The music takes full advantage of the lossless soundtrack, filling the speakers throughout the movie. This disc also includes a 2.0 surround option, French and Spanish language tracks, as well as subtitles in English and Spanish.

I don’t really see a need for this other than the Digital UV code and new cover art. It’s a fine movie, for sure, but there appears to be no difference and the one that’s been out for a few years now. 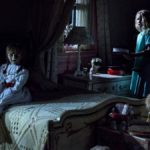 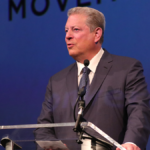