When it comes to the films of Ridley Scott, it’s difficult for me to pick a favorite. But I’d probably go with Thelma & Louise. It’s a tough choice as he’s directed so many amazing films, most all of them critically-acclaimed. But even Scott wasn’t prone to the occasional flop. Take, for instance, 2013’s The Counselor. It was a wild, over the top film that flopped commercially, but once it hit the home market – it found new life. You’ve need to approach House of Gucci with the same attitude. On one hand, yes, it checks all of the boxes for an award-caliber film. It’s got a great cast and certainly there are no shortage of Oscar winners and nominees; they abound. But if wild, over the top antics and bad accents aren’t your thing then you might want to save yourself 157 minutes and watch something else from Ridley Scott’s library. That aside, I was eager to check this one out.

Maurizio Gucci (Adam Driver) is a member of the famous Italian family. He isn’t too interested in his family’s famed business and this doesn’t sit well with his father, Rodolfo (Jeremy Irons). But Maurizio goes along with it as he feels that’s what is expected. He meets Patrizia Reggiani (Lady Gaga), the daughter of a trucking magnate. They come from different worlds, yet still fall for one another. Rodlofo doesn’t approve of the relationship, so he tosses Maurizio out of the company. But his uncle, Aldo (Al Pacino) wants him back and the offers start. And this is when the film takes off. He comes back and as Patrizia starts to change, so too does their need to be ruthless. Maurizio’s cousin, Paolo (Jared Leto) wants in as well, but to no avail. As the battle for company control brews, the drama rises…

If you like outlandish costumes, bad accents and a “retro” 70’s and 80’s vibe (and can suspend your disbelief) then House of Gucci is for you. If you look at it like a period drama, you’ll fall flat. And if you can put aside some of the makeup and wardrobe “choices” it’ll be even better. The two standouts are Adam Driver and Lady Gaga and this is the second Scott-directed film that Driver has been in recently, the other being The Last Duel. Both had Driver in above average performances. I have to admit, he’s starting to grow on me. At any rate, I think the point has been made. You’ll likely know if this one is for you even before you put the disc in the player.

Stunning. Simply amazing. Let’s face it, if you’re going to sit through a two and a half hour movie – it might as well look good. And this does in all facets. The 2.39:1 AVC HD encode sparkles as lovely as the dresses and diamonds found throughout the film. Colors burst (yes, that’s right, not “pop” they burst)! Detail is amazing and when looking at such cartoonish characters like those found here – it’s quite a sight. The movie has a glossy sheen to it and, considering the source material, it works. There are no faults with the way this looks. It’s flat out amazing.

Admittedly, this isn’t the type of film to showcase your home theater speaker investment, but House of Gucci does have some sequences in which the DTS HD Master Audio really shines. Vocals are rich, pure and crisp – just as we’d expect. Yes, there are some fairly heavy accents, but that’s no fault of the sound mix. The surrounds are very active, with the front channel heavy on the songs, chimes in for some added oomph. This didn’t dazzle me as much as the way the movie looked, but this more than serves its purpose.

If you haven’t figured out by now, this is a movie that’s taken with a grain of salt. If you immerse yourself in it and let yourself enjoy the ride, you’ll have a much better time. There are some great performances and anyone who said Lady Gaga isn’t a natural entertainer needs to have their head examined. Universal’s disc is top notch as well, though a tad light on the supplements. 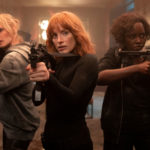 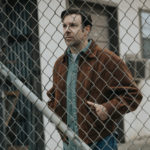