Two things popped into my head when I decided to watch House of Wax. First, I knew that it was a remake of an older, Vincent Price version (1953) though in name only. More to the point, it’s really a remake of 1979’s Tourist Trap. Second I knew that Paris Hilton was in it (and I assumed it had something to do with candles). That said, I pretty much knew what to expect after seeing the first five minutes – but that’s not an entirely bad thing as House of Wax really wasn’t as bad as I had expected. First of all, it gave me even more appreciation for “Scream” in that people are still making horror movies that follow every single cliché in the book. Two teens go investigate a strange noise, people have sex and everyone drinks and disturbs the locals. House of Wax has all of this, but with somewhat of an edge as well. Any movie that contains a group of college-age kids is doomed from the get go. We know that most (if not all) will be killed, we just don’t know who or how. The movie actually lets us get to know most of them before they start disappearing, which did throw a wrench in the Scream philosophy.

The plot is fairly simple. A group of teens are heading to New Orleans for the big Florida/LSU football game (it’s referred to as “Louisiana” in the movie, but c’mon – Baton Rouge…you figure it out). They’ve been driving all night and decide to camp in a rural forest and then drive the rest of the distance the next day. They set up camp and we’re introduced to the main characters. Carly (Elisha Cuthbert) and Nick (Chad Michael Murray) are twins with Nick being the self-proclaimed “Evil” one. Paige (Paris Hilton) and her boyfriend, Blake (Robert Ri’chard) and Dalton (Jon Abrahams) and Wade (Jared Padalecki) round out the rest of the cast. They awake to find that the fan belt has been cut from the car, one group heads onto the game and the others stay around to find a replacement part. As they enter the town, it’s very obvious that something isn’t right and as Wade and Carly try and find a fan belt, they’re met by Bo (Brian Van Holt) someone who turns out to be the baddest of the bad. We all know what happens next, bodies start piling up and pretty soon it comes down to two (I won’t say who) to put the psycho in his place.

House of Wax was fairly decent in my opinion. It did follow the “rules” of a horror movie, almost to a tee – but even though I knew what would happen, I still jumped in my seat a bit. If nothing else I discovered that Paris Hilton isn’t nearly as bad of an actress as I thought and I also discovered Elisha Cuthbert who has a starring role on television’s 24. Chad Michael Murray plays the anti-hero and I can recall him from some more light-hearted roles (A Cinderella Story) so maybe he’s trying to break that squeaky clean image of his. I really don’t know. I’m kind of intrigued to see the original Vincent Price version of this movie to see what was changed, but don’t let the negative reviews fool you – they can build an entire house solely out of wax.

I have to admit that the last time I sat down and watched this movie was when it first came to DVD back in 2006. A lot of time has passed since then and we’re now treated to the film sporting a new 2K restoration. And I have to say that the results are pretty stunning. This is a very dark film, with the majority (if not all) of it taking place at night. The new transfer removes some of the grit and seems to even out the image. Black levels are consistently strong showing no movement or artifacting in the least. Flesh tones (er…wax tones?) look natural and normal. This featured a cast in their prime, so no flaws or blemishes with these pretty people. Overall it’s a nice step up from what we’ve had in the past. The 1.85:1 AVC HD image has certainly benefited from this new restoration.

The previously-released DVD featured a Dolby Digital 5.1 mix and this has been replaced by a new DTS HD Master Audio track. There are some spots, mainly at the end of the movie, when all five speakers are blaring but on the whole, it’s a basic “good” soundtrack. A majority of the movie is dialogue-driven and only to build suspense do the speakers kick in. Nothing really stood out in this soundtrack, but that’s not to say that it isn’t still good.

It’s always a treat to see some new features to catalog titles and we’ve got a slew of them here. Let’s get started.

There are some films that are instantly forgettable, but I have to admit that there’s a guilty pleasure vibe with this one. Yeah, it’s been over a decade and a half since I sat down to watch it, but I have to say that even after all this time I was still entertained. The addition of several new features as well as upgraded video and audio only sweeten the deal. Recommended. 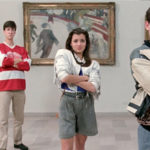 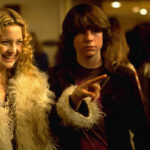