I don’t make it out to the physical movie theater that much anymore, but occasionally when I read about a movie (or see a particularly good trailer) I make an exception. One of the benefits of running a site like this is that the wait isn’t usually that long for me to have the Blu-ray in hand. But there’s no substitute for seeing a movie in an actual movie theater, it “heightens the experience” you might say. And such is the case with “I Love You, Man” starring Paul Rudd and Jason Seigel (who also starred in last year’s “Forgetting Sarah Marshall”, another great film). In the span of two movies Rudd has gone from supporting player in films like “Anchorman”, “The 40 Year-Old Virgin” and the aforementioned “Forgetting Sarah Marshall” to leading man. Last fall’s “Role Models” was his first foray into the leading role and it suits him well. “I Love You, Man” proves that “Role Models” was no fluke and I’m quite sure we’ll be seeing more of Mr. Rudd. And though Jason Siegel had more screen time in this film than “Sarah Marshall”, it’s as the two switched places with Rudd now taking the spotlight. That aside, a movie is as only as good as its cast and J.K. Simmons, Jane Curtin, Andy Samberg, Jon Favreau and Jamie Pressly provide an excellent ensemble to the two leads.

Peter (Paul Rudd) has just proposed to his girlfriend, Zooey (Rashida Jones) and tells her of the plot of land he intends to buy and develop it. As someone who just proposed to his girlfriend not too long ago, you pretty much want to tell everyone and anyone who’ll listen. Zooey tells all of her friends and family and it occurs to her that Peter doesn’t really have that many close friends to tell, save for his family. This is confirmed by Peter’s parents (J.K. Simmons and Jane Curtin) at dinner the next night. So what’s a guy to do who’s getting married but doesn’t have someone he can ask to be his best man? This sets the stage for Peter’s search for a plutonic friend that might be his best man. And when you think about it, how hard is it to find a plutonic friend that you don’t work with or know on some causal basis? After a series of misfires (one gets into a struggle at a soccer match, the other kisses him, etc.) Peter meets Sydney Fife (Jason Segel) at an open house (Peter is attempting to sell Lou Ferrigno’s estate). Fearing he has nothing to lose, he gives Sydney a ring and the two meet up for a drink which ends up a really fun night out. As the two get more and more acquainted, it’s clear that Sydney could actually be “the one.”

I’ve deliberately left out some key plot points but it’s only because I don’t want to ruin the fun and excitement of the viewer finding out for themselves. The parallels between Peter’s character and myself are uncanny. I’m more of a “girlfriend” guy too, my dad worked with IBM and we moved around a lot which prevented me from having many best friends and though I will have a best man at my wedding (the only fault I can find with this movie is why Peter didn’t ask his brother, played by Andy Samberg, to be his best man). The movie is so simple that it works on so many levels. Yes, it does have some raunchy parts, but it really fits in with the tone of the movie. For anyone who liked “Forgetting Sarah Marshall”, this is somewhat of the unofficial sequel. It’s a great date movie or just a great movie period and I couldn’t recommend it more.

“I Love You, Man” comes to Blu-ray and as we might expect from a major studio, the transfer sparkles and glistens in the Southern California sky. The 1.85:1 AVC HD transfer fills every inch or your screen with so much color, it’s scary. Ok, it’s not scary but this is the epitome of what a big budget movie looks like on a home video format. Colors pop, black levels are on target, contrast is stunning and I was hard-pressed to find anything to complain about here. Granted I was digging the movie so much, I probably wasn’t as skeptical as I usually am. Suffice it to say that fans of the film won’t be disappointed in the least.

The Dolby TrueHD soundtrack isn’t one that will knock the books off the shelves, but it’s a solid-sounding track that gets the job done. Vocals are strong and consistent throughout and the ambiance isn’t bad either. As a matter of fact, I liked some of the songs so much I downloaded the soundtrack off iTunes. Fans of the band “Rush” will be treated to a few of their hits (and it plays a part in the film as well) and the folksy, sing along songs only heighten the mood of the film. While not the strongest mix out there, it more than serves its purpose.

Paramount knew they had a hit on their hands and wisely loaded this Blu-ray with plenty of supplements. We start off with the obligatory commentary track by writer/director/producer John Hamburg, Jason Segel and Paul Rudd. This is perhaps one of the best tracks I’ve heard in a while. The chemistry is there and it shows. We learn of the script to screen story, the casting and all the fun they had on the film. For true fans, this is a must listen to. Next up is “The Making of I Love You, Man” and we get to know John Hamburg and the story’s various incarnations (the script was originally called “Let’s Make Friends”). This is in HD as well. Moving on, the “Extras” section contains nine small featurettes that are mainly outtakes from the movie. A few of note are “Klavinisms” in which we see Rudd’s character and his unique way with words. “Barry and Denise ? America’s Sweethearts” as we see a bunch of improved lines and the sheer bitterness between these two characters. There’s no narration with these, and the titles pretty much tell you exactly what to expect. There are half a dozen extended scenes and three deleted scenes as well (though after watching the featurettes, some of the material is redundant) and the gag reel, which I felt could have gone on for hours, most likely. Finally we have the “Red Band” trailer and that’s a term I wasn’t familiar with. After watching it though, it’s essentially the trailer with the swear words in it. All the features are presented in HD and round out to what is unquestionably one of the better movies and Blu-ray’s I’ve seen in quite some time. 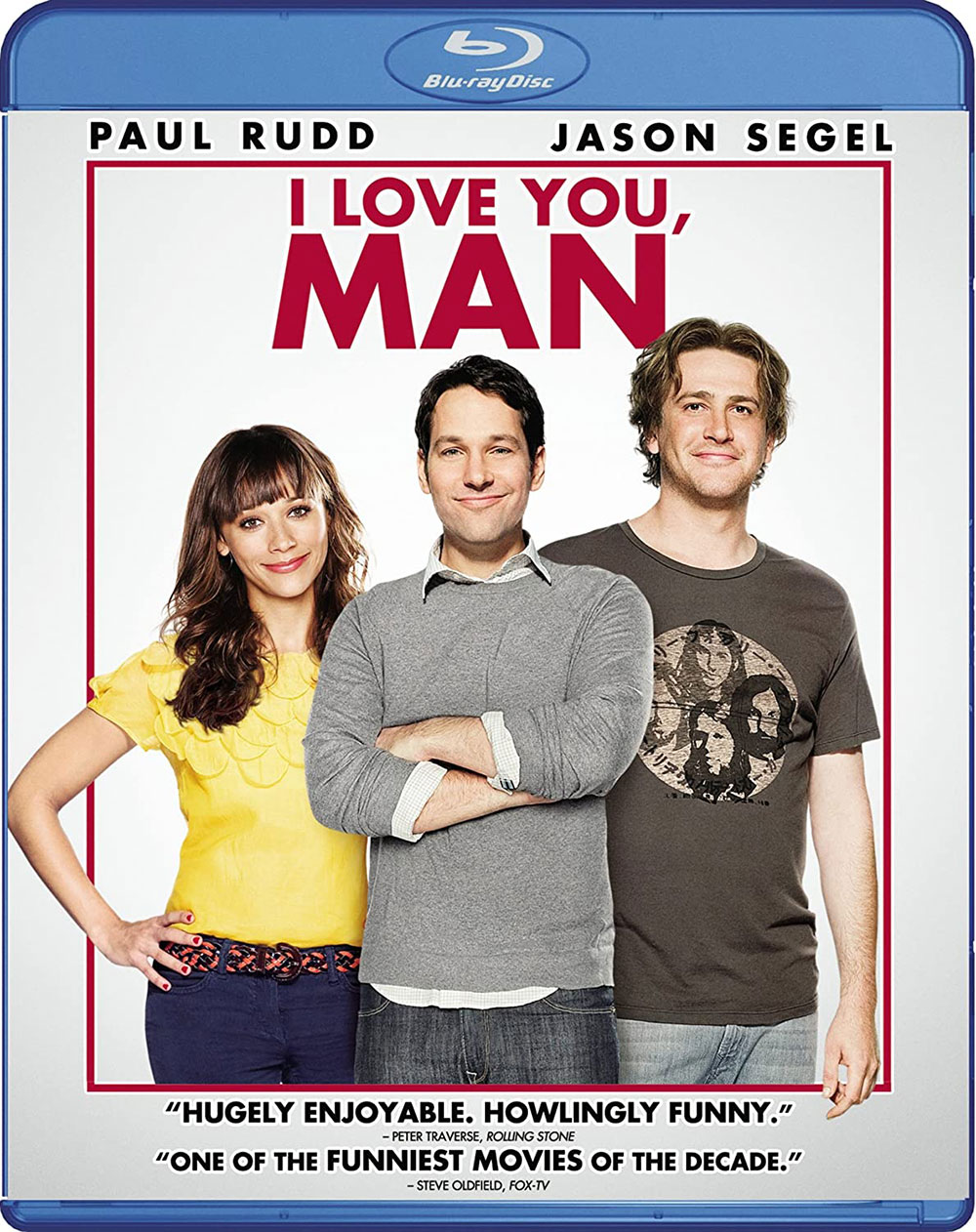