I’ll confess that I’ve never been a big fan of the Bourne series. I was simply never won over by it. I thought the first film, The Bourne Identity had its moments, but it never rose above average in my eyes. The subsequent sequels didn’t change my mind, either. Director Paul Greengrass took over the second and third film and now this one. He sat out for the previous entry starring Jeremy Renner. The less said about that chapter, the better. Greengrass, for better or for worse, became known for his quick cut editing and headache inducing action sequences. I’ve no idea why some directors think this to be an effective method, but it drives me crazy. At the core of these films is the character of Jason Bourne trying to find out his identity and events from his past. Plenty of confusion arose for me as I had little idea what was happening during many of the previous entries. It can be said that the character himself is trying to figure that out, but it left me cold. I also can’t say that I cared much either way. While I don’t remember much about The Bourne Legacy, it was an attempt to try something new. It didn’t exactly kick start a new series, so flash forward and here we are.

I’d like to report that this latest chapter brings something new to the series, but I’d be lying if I said that. Instead, it offers more of the same. For some, that may be more than enough, but if you’re like me and want something fresh, you’ll be disappointed. Nicky Parsons (Julia Stiles) contacts Jason Bourne (Matt Damon) gains sensitive materials about Bourne’s past. The two meet up and we’re then thrown into the action. This leads to a chase on the streets, but I’ll withhold further details as to avoid spoilers. As mentioned, though, you can expect more of the same. We get a lot of scenes of important people staring at computer screens trying to track Bourne. There are also close encounters, fist fights, car chases, and of course all done in the jerky manner that’s all too familiar by now. Tommy Lee Jones and Vincent Cassel show up here, but the roles are nothing new at this point. There are some big revelations here, but only for well-established fans of the series. The film does toy with the notion of being watched, but that element has been in play for a long time now. I still remember Enemy of The State taking a similar approach back in ’98. It’s been played before. I admit that I lost interest early on and couldn’t care less about the outcome. I think it’s time for this series to take a rest.

The image is about as expected. It’s never a particularly flashy film, but the details are strong throughout. Colors are nice and smooth, flesh tones as well. There’s occasional grain here and there, but nothing too distracting. The image is AVC encoded with a 2.39:1 ratio. Fans should be pleased with the results here.

We get a DTS: X track, but I had to downgrade to the 7.1, which is more than adequate for me. Vocals are strong and clear throughout and there’s a nice depth to the action sequences that helps involve the listener. Clarity and balance are largely at play here and the track really engages the viewer. It’s a good compliment to the strong visual presentation.

It’s important to remember that I’ve never been a fan of this series. That definitely played into my lack of enjoyment here. I think even the most hardcore fans of these films will be more than a little tired by this point. At no point does this film attempt something new. Instead of offering a fresh perspective, it settles for familiarity and ends up as a disappointment. 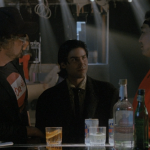 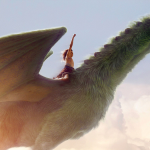