As some may or may not know, I’ve always been fascinated by movies that are based on real-life events. Granted, I realize every movie has at least some basis in “reality” but I’m talking about ordinary people doing ordinary things that, all of the sudden – aren’t so ordinary. Such is the basis for Jerry and Marge Go Large, a film I’d have likewise overlooked except for the talents of Bryan Cranston and Annette Bening are involved. I’ll go into more detail below, of course, but it’s loosely based on a couple who figured out a way to cheat the system. And in the days of billion dollar jackpots – doing a quick pick at your local 7-11 could change your life forever. How’s that for a plan? Both Cranston and Bening have been in the business long enough to know what projects to gravitate towards and which to stay away. Seeing as how they’re both in this, I have to assume it was worth a look. I’m glad I took a chance.

We meet Jerry (Bryan Cranston), someone who’s been forced into retirement after 40+ years on the job. His wife, Marge (Annette Bening) encourages Jerry to explore and embrace his golden years. He’s not too hip on it, but decides to give it a go. His son, Ben (Jake McDorman) and daughter Dawn (Anna Camp) get him a boat which he accidentally damages. It’s not long after this that Jerry discovers the odds for a lottery game called WinFall. Unlike other lotteries, this one pays those that didn’t win if the main jackpot isn’t claimed. Jerry figures out that the odds increase for the buyer with the more they spend. He empties his savings account, buys thousands of tickets and…it works! He then recruits a few townsfolk to pool their money as he and Marge travel around Michigan and later even drive to New York to buy tickets. The film begins to falter when a group of snotty Harvard kids discover the same loophole pitting them against our sexagenarians.

If I could use one word to describe this movie it’d be…cute. It is. It’s cute. There really isn’t an antagonist and with its roots based on reality, I find it fascinating that this happened and that I’d never heard of the story. Never let it be said that with a little luck and some brainpower, you too can be a multi-millionaire. I’d alluded to this above, but the film’s only stumbling block was the third act addition of the Harvard kids. They don’t really serve a purpose other than to give Jerry and Marge an opposition, but they don’t totally ruin the movie. Cranston and Bening are both fine in their roles, and it’s good to see Cranston work in something a bit more light-hearted. There’s really not a lot else to say other than if you’re looking for a family-friendly movie that’ll put a few smiles on your face – look no further.

There’s nothing particularly bad about Jerry and Marge Go Large. It looks like a commercial. Bold, bright colors abound, Jerry’s seemingly endless supply of short-sleeved plaid shirts adorn every scene and so on. The 2.39:1 AVC HD image is never really challenged and/or compromised ad sport high levels of color, detail and clarity. Every scene has blue skies and even some of the interior shots look marvelous. When you can read the lottery numbers on a ticket, I’d call that a good-looking transfer. No complaints here.

The included DTS HD Master Audio mix is nothing to write home about. Most of the surround effects are relegated to a car whizzing by or the sound of a printer as it pumps out countless lottery tickets. Vocals are, of course, sharp and well-centered. Cranston’s deep voice doens’t have the same impact as it did in Breaking Bad, but it’s a nice, well-rounded track that’s sure to please.

Unless I totally missed something, this disc doesn’t contain any supplemental material.

A harmless movie that’s a fun way to pass 90 minutes is the best way I can explain this one. Cranston and Bening make for a nice on-screen couple and both deliver adequate performances. It’s a fun film to watch, though I don’t know if it really, truly deserves more than one viewing. 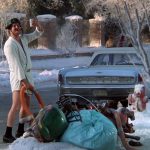 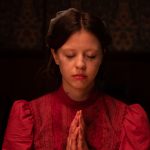