When I popped in my copy of John Wick, I knew going into the movie that I would probably end up liking it pretty well. To be honest, I have a wife and a five year old son, so going to the movies just doesn’t happen anymore (unless there is a new Wes Anderson movie.) I had spoken to a couple people that like similar things to me and they had all said that this movie was pretty badass. Off of their recommendation and my affinity for Keanu Reeves projects, I decided to just go ahead and blind buy it. When I say I have an affinity for Keanu Reeves projects I mean to say that I like almost all of his stuff (minus The Lake House or any other romantic garbage.) I should go ahead and reveal now that I really enjoyed the movie Constantine. It went against the casting you would expect from reading the Hellblazer comics (Constantine in the comics is blonde and British,) but it managed to preserve the correct feel of the comic books. I’m digressing a little bit, but it’s for a reason.

The reason that I digressed is that, honestly, if you are reading this review and have made it this far in, you are probably going to enjoy the movie. The plot of the film revolves around John Wick, a retired hitman whose wife has just passed away. Just after the passing of his wife, John receives a puppy that his ailing wife had sent him to deal with his grief. John takes to the puppy. It is then revealed to the audience that John Wick drives a super badass 1969 429 Boss Mustang. At a gas station John fills up his car when a young Russian speaking punk, Iosef Tarasov (Alfie Allen,) asks him the price of the car. John refuses to sell, and also reveals that he can speak Russian. That night Iosef and his hoods attack John, kill his dog, and steal his Mustang. This attack causes John to go back to his roots as a hitman. When Iosef tries to sell the car his father, Viggo (Michael Nyqvist) is alerted to what his son has done. In order to try to protect his son he puts a bounty on John Wick’s head of four million dollars. The rest of the movie unfolds exactly how you would hope it would, and in many cases it betters what you would think they could do in this construct.

The movie itself is, in my opinion, an absolute blast. The cameo appearances in the film are fantastic, especially if you love HBO’s The Wire and Deadwood. The fight choreography in the film is top notch, with a scene at John’s house and a scene at the Red Circle bar (a nod to Le Cercle Rouge) that are truly outstanding. The dialogue in the film is great minus a few missteps involving a Russian nursery rhyme (you’ll know what I mean when you see it.) The acting in the film is also very well done with solid performances by Reeves, Nyqvist, and Willem Dafoe. The movie is really an exercise in tone and minus maybe being about five or ten minutes over long it is damn near perfect.

The main draw of this film being released on 4K/Ultra HD is the “change” in video quality. The movie has been given a new 2K restoration and it’s evident on the UHD disc. The main difference, to me, was the HDR which allowed for greater color detail and depth. This shouldn’t come as a shock to anyone as this has been the standard ever since the fledgling 4K format was announced. The image is presented in an HEVC encoded transfer in 2:39:1. This is a rather dark film, but it doesn’t seem to be compromised by any contrast or black level issues. Detail is amazingly sharp and even the fragments of Keanu’s facial hair can be made out in the utmost detail.  This Blu-ray doesn’t have any compression issues that I could find. If you were amply satisfied with the way this film looked on Blu-ray, keep your money as everything else is identical to the previously-released Blu-ray.

The same Dolby Atmos track that appeared on the Blu-ray is also present on this Ultra HD version (hey, if it ain’t broke…). This immersive Dolby Atmos 7.1 track really brings the goods and the effects and sound editing for the film are on excellent display and no gun shots or car crashes sound out of place. Audiophiles will be very pleased with the track’s fidelity. The only problem that I found with the audio for the film was that they used a Marilyn Manson song, which isn’t my deal. But, considering that it is an action film it can get a pass for one song that I am just not into.

Thankfully all of the supplements that were provided on the Blu-ray (also included in this set) are also present on the Ultra HD disc. I think this will be more of the standard as opposed to having a featureless 4K disc and then having to switch to the Blu-ray for the supplements. That being said…

The Ultra HD release of John Wick is going to be a movie that you just plain need in your collection or a movie that you will never want to see again. It is in my opinion a great looking and well acted action film that doesn’t take itself so seriously as to not have a good sense of humor. It makes some missteps along the way, but they are minor and didn’t hamper my enjoyment of the film. The film is very visually striking and the fight choreography is on par with some of the better action releases of the last ten years. I think that the movie is straight up cool as hell. The supplements are decent but they didn’t hold a ton of substance, but maybe I am asking a little too much. Regardless, the Blu-ray comes with my highest recommendation. I can’t wait to show it to my friends. 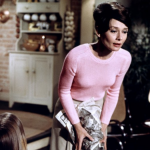 Wait Until Dark (Blu-ray)
Next Article 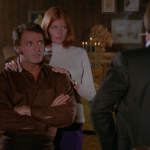