Pauly Shore has never been a favorite of mine. In fact, I’d be hard-pressed to think the man has a loyal fan base, but you never know. He had a string of movies throughout the 90’s that were virtually all flops commercially and with critics and audiences alike. Jury Duty is a film I hadn’t seen in probably over 20 years now, and one I wish I had never seen. Despite a semi-interesting premise, it truly is one of the most awful and annoying films I’ve ever seen. Jury Duty itself would probably be more tolerable than this mess of a film.

Shore stars as Tommy Collins, who, as the film begins is trying out to be a male dancer. Let’s just say it doesn’t go very well for the guy. He lives with his mother in a trailer park and is seeking employment. He is also now seeking a place to stay since his mother is getting hitched and they are taking the trailer with them, leaving Tommy out of options. Since he received a letter that he is needed for jury duty, he concocts a little plan. After a few cases, he is chosen for a murder trial and his plan is that the accommodations will provide him with room and board. Since it’s a murder trial, it seems pretty much like an open and shut case, but Tommy does anything in his power to prolong it.

So, the plot itself actually isn’t awful, but it’s the execution that is. That and the fact that we have Shore (one of the most annoying actors to ever grace the silver screen) as our lead. He really is just a runt. He tries to hit on another jury, played by Tia Carrere and is actually successful in getting all the jurors transferred to nicer hotel rooms rather than the “historic” wing that they were placed in initially. The film is under 90 minutes, but it felt exhausting and I found myself reaching for the remote a few times. Unless you just have a serious Pauly Shore addiction then I’d strongly advise skipping this film at all costs. If you do love Pauly Shore then maybe seek professional help, but that’s none of my business.

We get a surprisingly good transfer here. The image is AVC encoded with the expected (for this kind of film) 1.85:1 ratio. It isn’t an overly flashy transfer or film, but it certainly works well enough. The print seems to have been cleaned up nicely and details are sharp throughout. All around, this transfer proves satisfying, unlike the film.

Also decent enough is the DTS 2.0 track which serves a film like this just fine. We are confined to only a few settings throughout the film, with vocals dominating, so that should give an idea of what to expect. The track isn’t an aggressive one, but neither is the film. It suits the film just fine.

I absolutely hated this film and especially the lead character. I’m just not a fan of Shore or his antics. They prove tiring very early on. This set is about as barebones as you can get, though the A/V specs are solid. Also worth noting is the retro style slipcover resembling a VHS. It may hold value to some. Skip this film and you can thank me later. 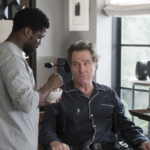 The Upside (Blu-ray)
Next Article 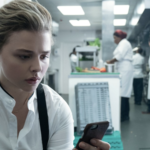