Having never seen an episode of Key and Peele, I had zero expectations for Keanu. The ads looked rather amusing, and the R rating is always welcome for a comedy, but the premise (trying to get back a pet cat) is rather flimsy, even by comedy standards. The film begins with an action sequence where there’s a shootout that results in pet cat, Keanu getting loose and finding his way to Rell William’s (Jordan Peele) house. He’s just gone through a breakup, and this cat is something of a blessing to him. He takes to it rather quickly, even shooting clever photos of it for a personal calendar. His straight laced cousin, Clarence Goobrill (Keegan-Michael Key) comes to visit and with Clarence’s wife out of town, the two decide to spend a weekend just cutting loose and having fun. They go to a movie one night only to return to find that Rell’s home has been broken into and Keanu is now missing. We see them go to great lengths to try and track down the cat. This includes them going into a club and pretending to be hardcore out of town thugs. Really, the plot is just excuse to let Key and Peele do their thing.

I will say that the film is mostly always entertaining and certainly amusing. By no means is it a modern comedy classic nor is it laugh-out-loud funny, but it has a certain charm and likeability to it. It also shows that Key and Peele are more than capable of carrying their own film. They more than hold their own and have good chemistry together. I like that they never try to overpower and out act the other. They complement each other well. Not all of the gags work. Some of the jokes fall a bit flat. I’m not sure how I feel about the George Michael running gag. As mentioned too, the story is more than a little flimsy, and at times that hurts the film as it feels to struggle a bit to the finish line. With a sharper script, this could’ve been comedy gold. As it stands, there are still enough amusing bits to warrant a rental. In fact, this is a good example of a rental. It’s not quite a sure thing to rush out to the theater to see, but at home it works reasonably well. You won’t feel as if you’ve wasted your time with it. The action becomes a bit more routine by the end. There’s also a small romantic angle that doesn’t really amount to much, but Key and Peele are the main reason to check this out.

I sometimes wonder if my comments regarding a disc’s visuals become redundant, but I have to discuss it anyway. This is another sharp transfer with a flawless print. Details are strong throughout and colors, while not overly vibrant are at least nice and smooth. All in all, fans should have an idea what to expect here. It serves the film appropriately. The image is AVC encoded with a 2.40:1 ratio.

The DTS HD track is as expected. Vocals are fine, but the rears do kick in from time to time. There is a fair share of action here and there, and that’s when the track kicks things up a notch. Like the transfer, this track serves the film well and as expected.

Far from a comedy classic, but also not a failure. Keanu makes for an ideal rental. Something you can watch one Saturday night at home and not feel too bad about. I think fans of Key and Peele will enjoy it, but it’s also very accessible to the casual viewer such as myself. The plot is a bit flimsy, but there are some amusing bits throughout the film. A better script would’ve been welcome, but as it stands, it’s still worth checking out. Rent it. 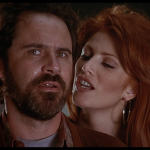 Tales From the Crypt: Bordello of Blood (Blu-ray)
Next Article 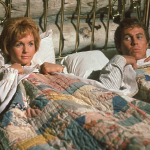