I have had a penchant for Italian Westerns since I was a child. My early exposure came in the form of Clint Eastwood in The Man With No Name Trilogy.  As I have grown older, I have been delighted to discover other Italian western films like The Great Silence by Sergio Corbucci and most recently Keoma starring Franco Nero. Blue Underground had released Keoma on Blu-ray a few years back, but I had not been exposed to that release. Franco Nero had already proven himself as a great lead in the Westerns Django and Man, Pride, and Vengeance before he took on the role of Keoma. Keoma is a very fun and interesting film that does a lot within the confines of the Western genre.

As the film begins, a group of former confederate soldiers escort a caravan of plagued town residents. Their destination is a mine where they are to be deposited under guard and forced to live outside of society. In the caravan is a young pregnant woman and her tubercular husband. With hopes of saving her life he orchestrates an escape for all those in the caravan as a diversion. The men are quickly slaughtered by the soldiers. As they point their pistols at the pregnant woman (Olga Karlatos,) a mysterious halfbreed rider named Keoma (Franco Nero) arrives. He rescues the woman while displaying his excellent gun skills. He takes her under his protection and rides into town. He had been away for the war and his brothers Butch (Orso Maria Guerrini,) Sam (Joshua Sinclair,) and Lenny (Antonio Marsina) have started working for a man named Caldwell (Donald O’Brien) who is blocking the doctor from treating the plague that is ravaging the town. Caldwell wants to keep the medicines that can treat the plague from entering the city so he can continue to exploit the town. Keoma returns home to his father William (William Berger) who explains what is happening in the town. Keoma decides that he must find a way to redeem the city and rid it of Caldwell and the plague. Along the way he picks up his old black caretaker George (Woody Strode) who taught him how to sling an arrow as a child. George has fallen into drink so Keoma must convince him to put down the bottle and fight for something righteous again. As Keoma begins to interfere in Caldwell’s operation, Caldwell puts a contract on his head.

Keoma is definitely a unique take on a Western. With the crew operating off of a rough outline of a script, Castellari and the crew had to find interesting ways of improving the dialogue and the script while filming. This led to Castellari using the film to pay homage to some of the directors that influenced him like Ford, Bergman, and Peckinpah. It was a risky undertaking but somehow the film turned out well. This was one of the final “spaghetti” Westerns of the era and a really excellent finale to a fantastic era in cinema. One of the most experimental aspects of the film is how the flashback effects are performed in camera – seamlessly cutting from the past to the present. These scenes are extremely well done and help lend an artistic quality to the film. The film also has the presence of a female that represents Death in a nod to Bergman’s The Seventh Seal. It’s interesting and works well. This film is one of those rare cases where everything gets thrown into a movie and somehow the film doesn’t end up feeling disjointed. All the strange ideas poured into the film make the film unique and enjoyable,

One aspect of the film that is likely to have as many detractors as admirers is the soundtrack. Keoma has one of the most insane western soundtracks ever performed. It uses high pitched vocals that sound like Joni Mitchell at her highest pitch. The songs mention what is happening on screen at any given point almost verbatim – listing characters and their intentions. For myself – this was pretty funny. At times it took me out of the film, but overall it just added to the strange allure of the film. I laughed every single time the soundtrack kicked in, but it was not at any point annoying to me.

As far as the acting goes – this is Franco Nero’s film. I have loved the acting of Franco Nero in every film I have seen that featured him. Keoma is no exception to the rule. Nero carries himself with a seriousness and intensity that is rarely matched on-screen and his films are all the better for it. Keoma gives him an opportunity to flesh out a truly unique role and he carries away the entire film with his hairy chest uncovered, long hair and hat, and righteous beard. It is a great role for Nero and he nails it. The supporting cast is great also, but they are all pretty much on equal footing in the film.

The film is well shot by director Enzo Castellari and cinematographer Aiace Parolin. Like all Westerns, there are sprawling vistas taken in via wide framed lenses. The movie looks great and will please fans of the genre.

Arrow Video have provided a brand new 1080p HD transfer that was remastered specifically for this release in 2018 using an MPEG-4 AVC encode from a 2K scan. The film is presented in an 2.39:1 aspect ratio. The results are pretty extraordinary. The film looks great and highlights the cinematography of Aiace Parolin wonderfully. Fans will want to upgrade, even if they had the previous Blu-ray disc.

Keoma has been given two great sounding LPCM Mono tracks – Italian or English. Both tracks are enjoyable due to Franco Nero’s strong command of both English and Italian. The dynamic range is limited and there is some crackling at times, but I really can’t imagine anybody being upset with how great this sounds.

Keoma is one of the most unique Westerns I have ever seen. It is miraculous that this film was finished and even more impressive that it turned out so great. Some will be thrown by the insane music in the film, but that is just part of the allure for me. This is a showcase for the indispensable talent of Franco Nero. He dominates every scene in the film. I really enjoyed this picture. The supplements provided by Arrow run almost four hours long and are excellently done. The transfer is great and a big upgrade over every incarnation in the past of the film. Highly recommended. 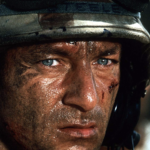 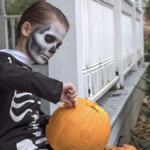