The trailer for Krampus certainly caught my eye, but I still missed it during its theatrical run. Despite an interesting premise and some solid reviews, I think it was the PG-13 rating that held me back. That isn’t to say that a rating always determines a film’s quality. It doesn’t. But here it appeared as if that would restrict the film’s potential. Turns out that I was wrong. It managed to turn a small profit this past holiday season as well. The film closely resembles Gremlins and some of the other Horror/Comedy mashups from the 80’s and early 90’s. While it’s certainly no modern classic. It can be quite a bit of fun if you keep your expectations reasonable.

Max (Emjay Anthony) is a young boy who is very traditional, and wants this Christmas to be the same as previous years. He would like to spend time with his mom and dad watching Charlie Brown among other traditions, but that won’t happen since various cousins are on their way. We learn that Max had an altercation at school and this upsets his father, Tom (Adam Scott). Max is a good kid, but can have a temper when he’s provoked. He also still believes in Santa Claus as well. He has a letter prepared of his wish list. When a couple of his cousins pick on him, he snaps and tears up the letter. The power goes out and this unleashes Krampus: an evil force that punishes those that are bad during the holidays. There are various other creatures that emerge as well including evil gingerbread men, evil elves and monstrous toys. The cast includes Toni Collette, Allison Tolman, David Koechner and Krista Stadler as “Omi” who knows all about the Krampus spirit. The thin plot does stretch itself a bit too much before the closing credits, but there’s enough here to maintain marginal interest. The film is never terribly frightening or humorous, but it gets the job done. It also has the curtsey to not exceed its welcome.

By and large, horror movies are generally dark. Since the movie epitomizes the genre, this looks – you guessed it – pretty dark and dismal. The 2.40:1 AVC HD image isn’t really ever challenged in the least. The darker scenes are rock solid, there is no movement in the shadows, no black crush and contrast is strong.  Detail looks good as well, as we’d might expect, this is particularly unnerving when we see some of the creates that the film has to offer. Again I find myself saying this – it’s pretty much what we’ve come to expect from a Blu-ray that’s new. While I found a few areas in which I think it was challenged (a bit of grain on some of the scenes), don’t let it bother you – this looks good.

The DTS HD Master Audio track is included and does its job rather well. Vocals are crisp and rich, directional effects are used with great ambition and the front stage manages to stay pretty active throughout. While this isn’t the most active and robust mix I’ve heard, it’s really hard to find fault with these modern films. Even those that don’t have a lot going on still manage to sound pretty darn good and Krampus is no exception.

While never quite as good as the films that inspired it, Krampus still provides a decent time. At no point does it turn into a great film or a modern classic, it’s still worth checking out. Rent it. 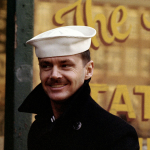 The Last Detail (Blu-ray)
Next Article 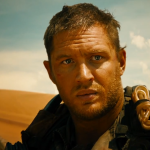