Many directors like Federico Fellini and Vittorio De Sica have emerge as some of the best that Italian cinema can offer. Another that happen to have his own vision using images with very little dialogue was Michelangelo Antonioni. In the early sixties he had comprised a trilogy of sorts depicting a multitude of things within an international flavor. This started with L’avventura and continued with La notte. In this third entry, he explores the tale of a woman in transition with a few men and the results of that in the modern day world of the sixties. This is L’Eclisse.

A man, Riccardo, (Francisco Rabal) and a woman, Vittoria, (Monica Vitti) move and look around in a room without much to say and without any interest in one day. The woman tells her man she’s leaving him and she moves onto another man, a stockbroker named Piero (Alain Delon) and he feels he’s with a woman that he can feel for. At the same time Vittoria doesn’t know if she’s ready. Vittoria is not torn between two lovers but moving on can have it’s own challenges.

From the start of this film, Antonioni starts his score like an exciting sixties film and then halfway through the credits the score changes to something more in a suspense film and then brings the audience into this tale of a woman who despite the company of men can’t make up her mind and is not very sure of herself. The message in this film is not very different than the way things are in present day.

It’s interesting to see the film goes through 6 straight minutes without a word of dialogue and a few sounds, gestures and expressions. Color film was common amongst that time period and Antonioni uses black and white to a great extent and his cast benefits with that film choice as there is a great deal of _expression and a sense of that time in a foreign country such as Italy.

The pressures of life, the wanting of something and never being satisfied in one part or another or in the entire picture is here and Antonioni shows that no matter how good one’s life can appear to be, there can be so much more that has a feeling all it’s own that can be alone.

Through it all, Antonioni captures the story of two people so differently than the films made now on the subject and his films will always have something none of the films today have, a visual flare in the time of despair that is all it’s own. L’Eclisse may not be the happiest of films but it holds its interest readily and continues to show the great filmmaker that Antonioni is.

As Criterion usually does with their titles, L’Eclisse has been given a new digital restoration. It’s not a new 4K scan (or if it is, there’s no mention of it), but this does improve on the look and feel of the previous DVD (also included in this set).  The overall look of the film is extraordinary and the print is free of the debris that was present in the DVD. The cast’s faces are captured nicely by Antonioni’s camera and their sense of expression in glorious black and white fit the tone of the film. Black and white looks gorgeous on HDTV and this is certainly no exception. Kudos to Criterion for doing this right.

We do get a new uncompressed mono soundtrack in a DTS HD Master Audio format and the sounds in this film are mostly for score and the sense of silence. The dialogue is captured nicely as the occasional bit of score mixed in although most audible activity comes into play. Everything can be understood and the score has its own twists and turns. For a film of the early sixties, it retains it’s soundtrack very well. This disc also has English subtitles that can and can be turned off during the picture.

The supplements included appear to be the same as the previous 2 Disc DVD issued years ago (and also included in this dual-format set). 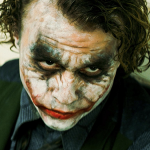