A few years ago director Steven Soderbergh did something a little offbeat and gave us a movie called Magic Mike.  Starring Channing Tatum, Matthew McConaughey and a few others it wasn’t your typical Hollywood film. It did well financially and critically. After all, it was directed by Steven Soderbergh. Most are familiar with Soderberg’s Oceans films with George Clooney, Brad Pitt and Matt Damon. They were fun. His 1989 film Sex, Lies and Videotape is still highly-regarded as one of the better Independent films ever made. Oh and he won an Oscar for Best Director with 2000’s Traffic.  Suffice it to say, he had nothing to lose and nothing to prove when he helmed Magic Mike. However that was then and this is now.  Most of the original cast is back, but do audiences really want to see the same thing again? Hollywood will tell you yes as that’s what they do – churn out the same stuff time and again to turn a profit. Get your dollar bills ready, folks – it’s going to be a long night…

Mike (Channing Tatum) is living the dream. A few years after his stint with Dallas (Matthew McConaughey, who does not appear in this film) and the gang, he now owns his own furniture customization business. Business is good and he’s working to ensure that his one and only employee can have healthcare. However his old buddies, the Knights of Tampa, show up and it’s not long before they convince him to head to Myrtle Beach, South Carolina to compete in one last dance competition. Throwing caution to the wind, Mike finds himself once again in the company of Ken (Matt Bomer), Big Dick Richie (Joe Manganiello) and Tarzan (Kevin Nash). You’d figure it’d be an easy trip from Miami to Myrtle Beach. You’d be mistaken. Along the way, the guys have some soul-searching moments, Richie douses himself with water and Cheetos to cheer up a convenient store clerk and we’re treated to a lot of dancing along the way. Is Mike destined for stardom on the runway or had he finally found his dream and left it? Inquiring minds want to know.

About twenty minutes in, I realized that this 115 minute movie might seem a lot longer than that. The amount of “F” bombs thrown around coupled by the amount of “bro” lines in the dialogue made me realize this wasn’t the original. The movie just seemed to lack anything that had substance. Ok, a few shots of them drinking and doing crazy stuff, but…where was the plot? Is this movie really just about a group of guys heading to South Carolina? Call it uninspired or just call it bad – I was counting the minutes until the ending credits rolled here. I will say, however, that it was nice to see Andie McDowell in a nice little scene (a scene-stealer if you will). But whatever magic the first one had was lost in the last few years. Soderbergh’s absence is blatantly evident here and I’m thinking they should have just quit while they were ahead. McConaughey has won an Oscar, Alex Pettier is nowhere to be seen – it’s as if everything that made the first one memorable is conspicuously absent here.

Putting aside the plot for a minute, I will say that Warner’s 2.40:1 AVC HD image is top notch and I’m pretty sure that we all expected it to be. If you’re watching to see some six pack abs and the like – well then you’re in luck.  The daylight scenes are dripping with color, the guys’ bodies are perpetually tan and detail is second to none. Contrast and black levels work well and even some of the darker, night club scenes don’t appear to be affected. A few of the wider shots seemed to be a bit soft around the edges, but I’m sure that the audience won’t really mind. It’s a good looking transfer, for sure.

The DTS HD Master Audio soundtrack also has a few key moments that really made me stand up and take notice. Vocals are rich and crisp, even tough Channing Tatum does have tendency to mumble some of his lines.  The front stage is dynamic and active while the surrounds provide ample support during some of the “key” scenes. It’s not one that’ll blow the roof off the place, but a good, solid effort throughout.

To quote Bart Simpson “I didn’t think it was possible, but this both sucks and blows.” At no point was any of the magic (pun fully intended) captured from the original and passed onto this sequel that was neither wanted nor needed. The acting is sub par, the story is aimless and any gawking should be done while watching the original. Having said that, the Blu-ray does offer up excellent visuals and audio, though the uninspired supplements won’t win over any head scratchers. 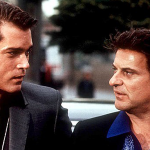 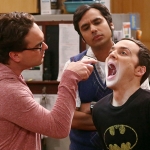