Ah, another year and another Woody Allen film. I swear, the man is about as reliable as Big Ben. And, what’s more, is how he does it. I remember watching a feature on the Midnight in Paris Blu-ray and he mentioned at a press conference that he showed up in Paris with no script and just sat down and started writing. Amazing. The man has a gift. And in later years I’ve really grown to appreciate more of his films rather than just Annie Hall. Aside from how talented a writer and director he is, he’s also someone who has the clout to get top notch casts. I remember saying this in a previous review, but I’d imagine that if you’er an actor and Woody Allen comes calling – it’s probably a good move to accept his invitation. Add to that he also somehow manages to bring out the best in his actors – take last year’s Best Actress winner Cate Blanchett in Blue Jasmine. See? All that said, there are folks who can take Allen’s films with a grain of salt. Some love them all, some love some and some can do without. That’s the beauty of it – there’s something for everyone.

Stanley (Colin Firth) is a magician and a good one at that. He masquerades under the stage name Wei Ling as his show has definite Asian influences. He’s particular about his work, treats his staff like crap and is visibly tired of what he does. This changes when he’s asked by longtime friend and colleague to journey to the South of France to help debunk at “spiritualist” that he believes is up to no good. As it turns out this spiritualist, Sophie (Emma Stone), seems that she is all that she’s cracked up to be. Stanley does everything in his power to try to discredit her, but after using everything in his arsenal, he simply comes to the conclusion that she might actually be for real. And, for better or worse, he might actually be falling for her?!

Granted there are a bevy of other characters to choose from, but this really is Colin Firth and  Emma Stone’s movie. Now the good news is that I found this clever and entertaining and I think that in most other director’s hands, it could be a total disaster. However Stone and Firth have a lot of on screen chemistry and it shows. While there’s no break-out performance like Blanchett’s, I found this fun to watch and amusing. I’ve never really been too much of a believer in the “spirits”, so I found myself sympathizing with Firth’s character from the get go. Still, while this might not be Allen’s best effort (if you go by the critical scores, that is) it was a fun way to pass 97 minutes and I’ll be looking for his next effort about this time next year. Recommended for fans of Allen, others might want to check out Midnight in Paris or Blue Jasmine.

It’s so refreshing to see Allen leave the Upper East Side and venture out into the world! In recent years he’s shot on location in Paris, Rome, San Francisco and now the south of France and Magic in the Moonlight makes use of every beautiful inch of it. The very wide 2.39:1 AVC HD image basks in the glow of the sun, the outfits are bright and colorful and flesh tones seem to be soaked in honey. The detail is amazing, showcasing some of the intricate patterns of the costumes. The landscape looks rich and sun-drenched (if that adequately conveys it).  Again it’s nice to see Allen shoot in some of the more lovely places in the world, though I’m sure it won’t be too long before he goes back to the concrete jungle of New York.

It’s still odd to read the back of a Blu-ray case and see a Woody Allen film sport a DTS HD Master Audio soundtrack. Not that there’s really anything wrong with that, but after so many films sporting a mono soundtrack it just doesn’t feel right. Nevertheless, this does feature a DTS HD Master Audio mix and while not too immersive, it does have a  few moments that make it worthwhile. Vocals are crisp and clear out of the center channel, a few ambient effects are sprinkled in with the surrounds, but the majority of the action takes place in the front channels. Much like his recent films like Midnight in Paris, To Rome with Love and Blue Jasmine, this features a similar sound stage. Viewers won’t be let down in the least.

Woody Allen films aren’t, haven’t been and most likely never will be stacked with extras. This is no exception. Still, there’s a bit of supplemental material to digest. 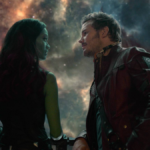