I’ve found that there are times in one’s life that really dictate how they think, feel and act in the future. When it comes to movies, there are some that I like and watch that, well, aren’t really that good. But it brings me back to particular time in my life in which I watched them and I suppose that’s the appeal. The mid 90’s for me was full of change. I was in college, had just moved out on my own (the college I went to was located in the same city I lived) and I was free to watch whatever I wanted whenever I wanted because I was now free of the burden of living with my parents! Yay! To my point, there are a slew of mid-90’s comedies that I watched over and over again: Billy Madison, Tommy Boy, Happy Gilmore, Bulletproof and Major Payne. No, they weren’t the greatest films ever made, but they made me laugh and I still hold many of those near and dear. Each of the aforementioned titles has been released on Blu-ray and now we’ve got Damon Wayans as the sadistic officer in all its HD glory. Atten-CHUN!

Maj. Benson Payne (Damon Wayans) is an overbearing killing machine who’s seen it all. He’s beaten every bad guy out there, literally. There are no more wars to fight or bad guys to kill. After being passed over for a promotion, he’s discharged from the Marines and ends up at Madison Prep School where he’s put in charge of the Jr. ROTC program. As we might expect, his squad is full of the usual cookie-cutter stereotypes with the fat kid, the brain, the tough guy who wants to be given a chance and an adorable little one. Payne uses insults, ridicule and every other trick in the book to whip his crew in shape in order to beat the rival squad at the Virginia ROTC games. There’s a romantic interest with a school counselor (Karyn Parsons) as well.

Considering the films I listed above, none of them were really “Academy” level. They’re fun to watch and make me laugh and that’s what being entertained is all about. As of this writing, I’m 44 years old and I still love movies like this for some odd reason. This was a good segue into films for Wayans who had been previously known for the television show In Living Color. While he had some hits and misses, odds are that he’ll always be remembered as Major Payne. I’m willing to bet that there are many folks out there who have been waiting for this one on Blu-ray and the wait is finally over. Well the wait’s been over for a while since this was a Wal-Mart exclusive (part of a deal with Universal and Wal-Mart). Nevertheless, another classic from the 90’s has arrived. Rejoice!

The film has been presented in its original 1.85:1 aspect ratio and Universal’s transfer looks pretty good. It’s hard to believe that this movie is now over twenty years old as I remember seeing it in the theater. Colors are bold, detail could use a little work, but it’s markedly better than the previously-released DVD. Contrast is strong as well. This is about as run-of-the-mill as it gets, but Major Payne does benefit from Blu-ray’s technology.

A new DTS HD Master Audio sound mix has been added which replaces the old Dolby Digital 5.1 one found on the DVD. Again, there’s nothing too mind-blowing here, it’s pretty standard for a 90’s comedy. There are some scenes in which the surrounds chime in for some extra oomph, but by and large this is a front-heavy mix with emphasis on the vocals. It’s nice and pleasing, but nothing too memorable either.

Sadly, this is a featureless disc. Even the old DVD had a trailer. Oh well.

Set your expectations low and you’ll have a much better time. Yes, it’s formulaic and predictable and you can guess the ending 10 minutes in. So what? It’s fun and it’s finally on Blu-ray. The lack of any supplements is disappointing, but fans of this movie won’t (and shouldn’t) care. 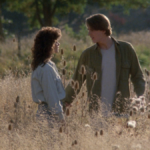 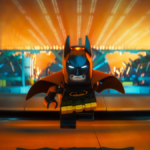