Graham Greene is one of my favorite novelists. I have read some of his better known works and a couple lesser known works by the great English author and lifelong MI-6 spy. I had been meaning to read his novel Our Man In Havana, owning a small paperback copy for roughly five years, and when I saw that Twilight Time was set to release the film adaptation on Blu-Ray, I sat down and read the book. Upon completion, I sat down and watched the film adaptation.

The plot revolves around a vacuum salesman in pre-revolution Cuba named James Wormold (Alec Guinness.) Wormold has run into a bit of a financial draught caused by his beautiful daughter Milly (Jo Morrow.) Milly is leftover from when James had his wife leave him for another man. Wormold has spoiled his daughter and at the beginning of the story she has just purchased a horse on his credit. She also has been talking a little too often with the morally dubious officer Segura. Around the same time that his financial difficulties have become more apparent to him (vacuum sales in a slump) Wormold is approached by a member of the British secret service named Hawthorne (noted playwright Noel Coward.) Hawthorne encourages Wormold to do his duty and report on the going-ons in Cuba and receive a salary. Seeing a financial opportunity, Wormold begins reporting back weapon installations from Cuba that resemble parts of vacuum cleaners. As the secret service begin to rely on his reports, they send Wormold an assistant named Beatrice Severn (Maureen O’Hara.) Around this time, Wormold’s fantasy life begins to spill into his real life and people begin dying while others try to kill him.

Our Man In Havana is not as slick as the Carol Reed-Graham Greene film The Third Man, but there is plenty to enjoy here. The first thing to note about the film is its setting – this was one of the first films to gain access to film in Cuba after the revolution. This honestly is reason enough to watch the film, because the cinematography by Oswald Morris (Lolita) is evocative of the time and place in a way that few films could possibly nail down now. The second reason to check the film out is the fantastic Alec Guinness as Wormold. I think Guinness is best in the film Kind Hearts and Coronets, but he shines here as well. He is a perfect choice for the novel’s faulty hero. Carol Reed faithfully captures the entire essence of the novel on-screen. He truly nails it.

The only down-side to the film is the immediate comparison to the excellent Graham Greene and Carol Reed spy caper The Third Man. It is no fault of the screenplay or the director, both do incredibly faithful adaptations of the novel. The fault is in the novel itself. While thoroughly enjoyable, it never reaches the heights of that amazing film. The novel itself suffers slightly from not quite sticking the landing as much as some of Greene’s work. I still regard the film highly, but comparisons are so easy to make when you have two masters reuniting for another film.

Fans of Graham Greene or Carol Reed (or both, right?) should go ahead and check this one out.

Twilight Time did an outright incredible job on the transfer of the film using an MPEG-4 AVC codec from Sony. The black and white cinematography by Oswald Morris looks incredibly rich on a Blu-Ray. This is nit surprising given Sony’s high standards for the transfers that they are willing to license out. Essentially, any time you see Sony listed as the distributor to Twilight Time, you can expect perfection. Such is definitely the case here. This transfer is as good as anything that Criterion have released this year.

For a Master Audio 2.0 Mono track, this track is very good. The sounds of Cuba are ever present throughout the film and lend a lot to the film’s atmosphere. The track has excellent clarity and dialogue is crisp. No problems here whatsoever.  Good stuff.

Our Man In Havana is not the best Graham Greene and Carol Reed film. That honor goes to The Third Man. That said, don’t be a fool. Any collaboration between these two giants is an event. The film is incredibly faithful to the novel, which is also its biggest fault due to the novel not quite reaching perfection. There are only 3000 copies of a perfect transfer of the film out there, so my recommendation would be to buy it as soon as you can before this becomes an incredibly rare collector’s item. If you need proof, look up the process to purchase the out of print The Third Man Blu-Ray from Criterion. 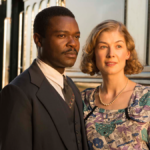 A United Kingdom (Blu-ray)
Next Article 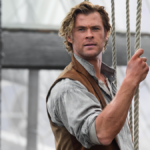