There’s a line in the Tom Cruise movie Cocktail in which his character (Brian Flanagan) says “…everything ends badly, otherwise it wouldn’t end.” Who would have thought that a campy movie from the late 80’s would make an appearance in a Blu-ray for a movie nominated for Best Picture. But there’s some substance to that line of dialogue. More on that later. With the rise of streaming services like Netflix, Hulu and Amazon Prime it was only a matter of time before there were some films that were a bit unconventional. Two of these have now been released by Criterion, Roma and now Marriage Story. Both were nominated for Best Picture and it showed the “Academy” that movies of the traditional nature can’t and shouldn’t be overlooked come award season. Writer/Director Noah Baumbach’s personal tale of love and loss is chronicled in the film which garnered six Academy Award nominations, including Best Picture (the film won one, Best Supporting Actress – Laura Dern). This is the story of Charlie and Nicole.

We meet Charlie (Adam Driver) and his seemingly loving wife Nicole (Scarlett Johansson). He’s a successful theatre director who’s just been given an opportunity that’s too good to pass up. Nicole, on the other hand, is a mainstay in Charlie’s plays but has been offered her own television show out in Los Angeles. This presents Nicole with a dilemma and one that she uses as a catalyst to end the marriage. The two try to keep it amicable with both focusing on their respective careers and then, of course, lawyers get involved. Nicole hires Nora (Laura Dern) and he Bert (Alan Alda). Things get messy. All of this is complicated, of course, due to their child (Azhy Robertson).

There’s more to the story, but that’s the nuts and bolts of it. It’s a character study like so many of Baumbach’s other films. And it does its job well. Both Driver and Johansson are at the top of their game and the supporting cast does a fine job as well.  Both of the leads were up for acting Oscars (he lost to Joaquin Phoenix and she to Renée Zellweger. The film’s lone Oscar went to Laura Dern who did a fine job, but many (including myself) thought she was just riffing on her character in Big Little Lies. Whatever the case, it worked for her. The movie isn’t easy to watch, especially if you’ve been in a divorce. I haven’t and my parents are still happily married after nearly 50 years, so there’s something to be said for that. But it offers us what all great movies should, a great script, believable characters and something that makes you think long after the credits roll.

There’s a very subdued visual style present in Marriage Story. It certainly fits with the theme of Baumbach’s other films. The movie essentially takes place in New York and Los Angeles. Both have their own tone and as I’m sure anyone can guess, the L.A. segments are bustling with color and warmer hues while those in New York are rather cold and corporate. The 1.66:1 AVC HD image is sharp and vivid. I didn’t see this on Netflix, but would be interested to see how the HD image compares with that of the Blu-ray. Nevertheless, it’s what we’ve come to expect from Criterion’s titles and this does not disappoint.

There are movies that are made to play to your surround sound setup and there are those that don’t. I think we all know that this is one of the latter. Being a new film, the DTS HD Master Audio has no problem with Randy Newman’s score or the vocals or any directional effects. But, lest we forget, this is a Noah Baumbach film and those aren’t exactly engineered to blow the roof off the place. Yeah, I know – very surprising. That said, vocals are rich and crisp, Driver’s deep voice is complemented by Johansson’s. There’s a richness to the mix present in some scenes that’s difficult to describe, but has a power to it that’s palpable. It’s a great-sounding, if understated, soundtrack that’s sure to please.

Fans of Noah Baumbach’s films will have already seen this and loved it. His movies are great, but they’re not the typical faire. They’re slow moving, wonderfully written (and, more times than not, acted) but have a lot of components missing in other films. Marriage Story is a good film, no doubt, but it’s not a “pick me up” flick either. Criterion’s disc, as per usual, pulls out all the stops and gives this movie its proper due on disc. 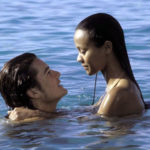 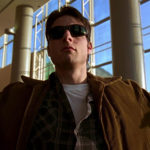