Is there anything Ridley Scott can’t do? Seriously. I’ve been a fan of his work for so long, it’s hard to think of any of my favorite movies without a few of his in there. Granted, I’ve not seen all of his movies and the most noteworthy of the bunch is Blade Runner. Yep, I’ve never seen Blade Runner. Why? I have no idea. And what’s even more strange is that I’ve got the Blu-ray. I think I need to bite the bullet and sit down and watch it. I’m getting off track, though. I’d read Andy Weir’s novel The Martian a couple of years ago and when I learned that it was going to be directed by Ridley Scott, I was enthralled. Audiences loved it. Matt Damon is in top form and the ensemble cast delivers the goods (with a raised eyebrow for Kristen Wiig’s casting, but I won’t rain on this parade). Ridley Scott, who has helmed so many of my favorite films: Thelma & Louise, Gladiator and White Squall (a very underrated movie) just to name a few. Mars has been done before, but never like this.

The crew of Ares III are on Mars and all is going well. But a freak storm takes out botanist Mark Watney (Matt Damon) and, he’s left behind and believed to be dead. But…he isn’t. Watney’s puncture wound somehow enabled him to survive the storm and now he’s alone, alive and a 50 million miles from home. What’s a guy to do? Watney quickly deduces that he’s got about a month’s worth of provisions, so his options are: 1. Die or 2. Find a way to live long enough to be rescued. He chooses the latter. He manages to find a way (in a manner I won’t describe) to grow potatoes and therefore extend his rations. He also manages to establish contact with NASA as they hash out a rescue mission. Watney’s ingenuity and determination are the only things keeping him alive and as we follow him through his hurdles, we have to wonder if the human will to survive will be enough to bring him back alive.

The ensemble cast does a great job, led by Jessica Chastain, Jeff Daniels, Kate Mara and Chiwetel Ejiofor just to name a few. But make no mistake – this is Matt Damon’s movie from beginning to end. Damon’s Oscar-Nominated performance carries the film and, special effects aside, the success of the movie rests squarely on his shoulders. Having seen the film and read the book, I’d have to say that the film borrows a bit from Apollo 13, Contact and Cast Away (three fine films in their own right), so if you’re looking for an easy way to explain it to someone – there you go. Thought the movie is set in the near future (2035), it doesn’t feel like it and I don’t think the filmmakers spent too much time trying to convince us of that. The special effects are so seamlessly integrated into the final product, it really draws the audience member into the film. I could go on and on, but let me say that there’s really no way to not like The Martian. It’s man vs. himself and man vs. nature (albeit a martian one) at its finest.

This film came out on Blu-ray and DVD just prior to the 4K/Ultra HD players hit the market. It would make sense that this would be an ideal candidate for the next generation format. And so it goes that we do have a 4K version as well as a Blu-ray packed in the same case. Having been pretty taken with the Blu-ray version I’d seen, I was curious as to how this would look in 4K. The result was stunning. As is the case with most 4K titles, there really isn’t a night and day difference versus their Blu-ray counterparts. I had the Blu-ray in one player and the 4K version in the other and would stop and switch the settings on my receiver to get as close to an A/B comparison as I could. Yes, differences do exist with the 4K version offering a bit more color saturation and just an ounce of finer detail while the Blu-ray still managed to impress me.  The 2.40:1 image still retains everything that made it notable to begin with. The fine martian background, the intricate details of the interior of the ship and pretty much everything in between. This is one of those titles that is something you can show someone who’s never seen anything in 4K. Is the picture quality alone worth the upgrade? I’d say not, but that’s just one person’s opinion.

If you factor in the Blu-ray and 4K version, there are a total of three uncompressed audio tracks on the two discs. The 4K version has gotten a worthwhile Dolby Atoms upgrade (that’s down-sampled to a Dolby TrueHD mix if you don’t have Atoms capability) and the Blu-ray sticks with the impressive DTS HD Master Audio mix found on the original release. There’s an ongoing joke in the film about Commander Lewis’ (Jessica Chastain) love for disco music. That serves as a basis for the soundtrack which features some great tunes from decades past. If you’re paying attention you’ll catch a few subtleties like “I Will Survive” and “Hot Stuff”. With the recent passing of David Bowie, I nearly shed a tear when his “Starman” played in a montage about halfway through. Suffice it to say that these classics have never sounded better. Given that dialogue drives the movie, the vocals are pure as Damon’s deep voice guides us through the film. Sweeping visuals give us a reference point as the DTS HD Master Audio soundtrack spans each and every channel in your setup. There’s really nothing more to say – the film sounds as good as it looks no matter which version you choose.

There are some studios that do this right and others that don’t. Looking at this new version, it’d be an easy sell to add the extended cut of the film, maybe throw an extra feature or two on there and repackage it and sell it. Fox, thankfully, hasn’t done that. Well they have, but they’ve added an entire new disc of supplements. All of the supplements from the original version are also intact (albeit, rearranged) so if you were holding out for a definitive release – your wait is over.

I still love this movie! The inclusion of the director’s cut (or extended version – whatever you want to call it) as well as the plethora of new features (and a Dolby Atoms soundtrack) add to what was already an amazing disc. Throw the old one away or sell it! This is where it’s at! 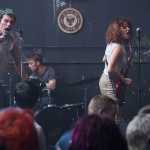 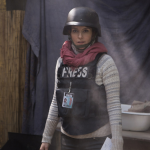