When I was growing up, I was not allowed to watch anything that was rated higher than my age without seeking permission. This meant that while most kids were watching Ace Ventura: Pet Detective, I had good reason to seek out more obscure films that happened to bear no monicker of the dreaded PG-13 or R rating that would keep me from watching anything that has the slightest bit of intelligence. The PG rating was not a hindrance to filmmakers in the past – think about Jaws, E.T., Gremlins, Where Eagles Dare, and this List seems to go on forever. That is until they decided that every movie that was not at least PG-13 could not have the smallest glimmer of adult themes. As a young man who wanted to experience anything but stupid garbage (and also wanted to experience some stupid garbage, don’t kid yourself) I was really taken with Joe Dante’s film Matinee. The film was a bomb at the box office and despite over nine million dollars at the box office, it failed to make back what was invested. What I loved about the film was that this was a film about the love of movies – in particular campy sci-fi films of the fifties and sixties. I felt that same love.

Key West, Florida. 1962. The Cuban missile crisis. Teenage Gene and his younger brother Dennis attempt to adjust to life in Key West where their father has been stationed with the Navy. All the moves have made Gene feel isolationist and more interested in scary movies than friendships. While Gene’s dad is sent away because of the trouble with Cuba, Gene forms a friendship with Stan, a girl crazy young man who is taken with the more experienced Sherry. While the threat of nuclear war becomes a harsh reality, Gene meets a rebellious and liberalized young girl named Sandra. While Key West feels fully alert, horror film master Lawrence Woolsey (John Goodman doing his best William Castle impersonation) arrives in town with his lead actress Ruth Corday (Cathy Moriarty) to premiere his latest gimmick horror film Mant! Gene pursues a friendship with the director in anticipation of the big show.

This is going to sound ridiculous, but as a kid this film had a profound impact on me. Watching the ridiculous William Castle style throwbacks in the film at a young age helped to steer me towards enjoyment of camp. This was at least three years before I saw Army of Darkness and fell in love with camp and horror at the same time. This film also didn’t talk down to the kids that watched it but instead tried to mirror closely how kids talk and behave. The young kids are trying to listen to Lenny Bruce without getting caught by their parents or trying to find ways of winning over the fairer sex. They were not spending their time talking about water slides and ice cream. Their actions all seem pretty realistic. As a kid, I appreciated that a movie like this existed that was basically a live letter to film. As a film fan, it let me know that there were other people out there like me that might enjoy the same things as me.

This film also did a good job of explaining the Cold War atomic fear mindset that my parents had faced during the early Sixties that was pretty far removed by the time I was growing up. For kids, it can be a good history lesson.

As an adult, I still think the film holds up rather well. While this film pushes it just a little too far in one scene into somewhat ridiculous territory, I feel that it can be forgiven a couple small mistakes for everything it gets right. John Goodman is great in the role of Frank Woolsey. He was perfectly cast and there is no way to improve upon that. Cathy Moriarty is dead-pan and very funny as the female muse to Woolsey. There are a lot of great bit parts, including John Sayles and Dick Miller, but I think it is worth mentioning that the kid actors do a good job of handling the material. Sometimes kid actors can ruin a kids film. Even as a kid I immediately liked who was chosen to play each role, something that would drive me crazy otherwise. For example, I really disliked the main kid actor in the movie Blank Check, but it’s water under the bridge now. Joe Dante made some of my favorite movies from my childhood and this was his most personal film. Watching now I got a tremendous kick out of the posters that he personally chose for the settings of these films. This film has tons of Easter eggs that will keep film fans smiling like idiots for the whole running time.

As you might expect, I sat down with my two boys to watch the film. I was happy to see that it was just as enjoyable to the next generation. For myself and many others, this was one of my favorite family-friendly films of the nineties. Great to see it arrive on Blu-ray.

Shout! Factory has done a pretty good job on the transfer of the film using an MPEG-4 AVC codec of a 2K restoration. This is one of those cases where the film looks much better than it has in any previous format, but it is impossible to not wish that this film could have been given even more of the royal treatment. My reasoning is that this film has persistent grain, but unlike a Criterion release where the grain has been minimized but is still there for detail, some of the grain here is larger and more evident. I am curious whether or not this was the same transfer that Arrow Video released in Britain a couple years ago. This is still botching about something that looks leagues better than any version of the film from years past. Overall, I was pleased but I think when fans of the film see this transfer, they will crave a 4K transfer for someday in the future (however unlikely that really is).

Matinee boasts a DTS-HD MA 5.1 surround track that is not extremely active all the time, but does allow itself some pretty good loud moments at times. The score by the legendary Jerry Goldsmith is playful and enjoyable, matching the tone of the film perfectly. Dialogue is crystal clear. The highs and lows in the film are leveled well enough that I did not need to play with my remote often, which I appreciate. Overall, I think this movie sounds great! And for the purist they have also included a DTS-HD 2.0 Master Audio Stereo soundtrack if you want it to be less robust.

The Following supplements are specific to this release:

The Following supplements are not specific to this release:

Matinee had a major impact on me as a child. I can’t even tell you how many times I rented and rewatched this movie. As an adult it was great to see that it holds up remarkably well due to a good script and great performances by John Goodman and Cathy Moriarty. Shout Factory have provided a pretty good transfer of the film and the supplements are extensive and enjoyable. As a fan of the film, and of director Joe Dante, I had been waiting on this one for a long time. I am glad to say that overall it was well worth the wait. Fans should pick up a copy immediately. 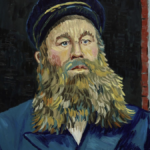 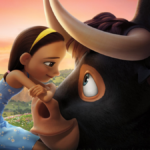