I was thinking the other day (I tend to do that on rare occasions) of all of the trilogies/quadrilogies (is that a word?) that are out there now. I don’t know where or why they started, but it seems that 4 is the new three and that the dystopian future is, well, the new norm. That’s fine, of course, movies allow us a chance to escape our daily lives and see things from a different point of view. However but with the “big three” as I call them: the Divergent series, The Hunger Games and The Maze Runner, have things gotten out of hand? Granted, as of this writing, The Hunger Games is now a thing of the past, though Lionsgate has shown interest in a prequel to the hit films. And why not? They make money and movies are all about money. Still, with The Maze Runner films, it took me a bit to get into it but I finally sat down and read the books. Yes, being on a plane for 11 hours will give a person time to think and/or read. The first installment I rather liked, but the second had a different tone to it. A year has passed and now we’ve got the second on Blu-ray. Does it deliver or did it get lost in the shuffle?

Fresh off their escape from the maze, Thomas (Dylan O’Brien), Minho (Ki Hong Lee), Teresa (Kaya Scodelario) and a few others find themselves in what appears to be a fortress of solitude. They have food, clothing, showers and everything they need to get back to whatever they can call a normal life. But things aren’t exactly what they seem as the powers that be seem a little too eager to offer a hand. The teens are chosen on a daily basis where they’re cheered upon and supposedly led to their new lives. However Thomas isn’t so sure and together with Aris (Jacob Lofland) figure out that there’s more to their suitors than meets the eye.  Eventually we do figure out why WCKD (pronounced wicked) and standing in for ‘World In Catastrophe: Killzone Experiment Department’ wants the “immunes”. Though your thoughts may stray more towards which government department (or any department, for that matter) would call itself that, and how the Maze part fits into all this.

And, just like the first installment, this one leaves us hanging and is only a tease for the next movie (Maze Runner: The Death Cure), assuming this one was financially successful enough to warrant it. I’m sure it was. Though not as exciting as its predecessor, The Scorch Trials did manage to keep me entertained for its duration.  I think it’s kind of cute how they’ve got every stereotype as a part of the movie (white male, asian male, geek male, attractive female, black male, etc.) but then again that’s how the books were as well. The acting is passable, the special effects are on par with last year’s film and had it not been for Mad Max, this might have given competition to The Hunger Games: Mockingjay Part II a run for its money. But it wasn’t and it didn’t. Nevertheless, Hollywood will no doubt deliver us a third (and possibly fourth) installment, so sit back and let the wait begin.

Shown in a 2.40:1 AVC HD transfer, the image is nothing short of spectacular. Granted the world here is a bit different than ones we’re exposed to in other films, but I digress…The first act takes place inside with the cold blue “corporate” look in full effect. Flesh tones appear warm and natural and its not until we see the zombie-like creatures that the special effects really make their presence known.  Textures appear real and lifelike, detail is sharp and contrast and black levels look the part. The movie might have had a few down moments, but it’s no fault of the image quality. This surely looks the part.

The DTS HD Master Audio soundtrack has its share of moments that steal the show. Granted, this really doesn’t show up until later in the film, but vocals sound pure and clean. The front stage has an expansive width to it, though the surrounds make for a very interesting and unique soundstage. The LFE play a large part in the latter half of the film giving it new life (so to speak) and really engrossing the viewer in the film. This was one of the better sound mixes I’ve heard in quite some time.

On the Edge: Constructing the Skyscraper Sequence

While not quite as interesting or entertaining as its predecessor, Maze Runner: The Scorch Trials does a fine job of bringing the book to life. This is the “middle child” of the books and those are always a bit more difficult to make interesting. Of course, it can be done. The Blu-ray offers up spectacular A/V specs while providing a fairly robust selection of extras. 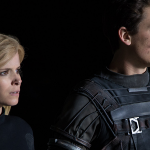 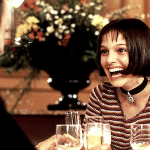