Ginei Studios is shutting down after seventy years. Mr. Tachikama and a cameraman are making a documentary on the actress Chiyoko Fujiyama. She was the most prominent star of the studio. She has seldom agreed to interviews but agrees to the interview because of a gift that they have to offer her. Tachikama brings her a key which she had thought lost. The story of the key drums up memories of a love that spans her career. It begins with her life as a young child. Her mother is against Chiyoko taking a job offer to work as an actress. She wanted her to tend to the shop. When Chiyoko meets an injured painter on the run from the police, he gives her a key and tells her to find him. When he escapes to Manchuria, she accepts the film job to follow him there. The story spans the course of her career as the documentary crew tags along through her memories and the acting jobs she completed as a star spanning numerous genres.

Satoshi Kon only made four films before his death at the young age of forty-six, and all four films have been subsequently deemed classics of the Anime genre. Each film showcased Satoshi’s unique visual flair and storytelling abilities. With Perfect Blue, Satoshi had set out to make a thriller that was as cerebral as it was unsettling. With that film, he showed that he had the ability to allow the viewer to experience the mentality of the protagonist of the film in a unique way. As the psychology of the protagonist continues to break down, the storyline becomes less clear and more intriguing. With Millennium Actress, Satoshi Kon set out to make a film that has the storyline play out inside and outside of the films of the actress’s career. The viewer is put in a unique position of deciphering what is real, what is an act, and the path of the love story. All this is achieved while the history of Japan moves through two wars and the art of cinema changes as shown in the types of films that she stars in. It is a really ambitious film and one that benefits from being animated. The animation is important because more information can be communicated onscreen than in traditional live action filmmaking. It would not have been possible to do the film justice with live action.

The fans of Perfect Blue were probably surprised to see that Satoshi Kon’s next film was rated PG. It is interesting to see how the film can be so emotionally complex while working within the confines of clean entertainment. I think that a child watching the film would have trouble deciphering what is going on and the film is not light entertainment despite being clean. The story is a tragedy that plays out over the course of a lifetime. For adults, the emotional payoff of the film is satisfying and makes good sense. The film is also beautiful to look at. The hand drawn Anime style has aged well. The character designs and attention to detail are top notch. Each frame of the film is lovingly rendered. The score by Susumu Hirasawa is effective and very pretty.

Shout!Factory presents Millennium Actress with an AVC encoded 4K transfer in 1.85:1. This ranks as one of the finest visual presentations I have seen yet of an Anime film. The hand drawn Anime style has aged well and the meticulous detail that went into the artwork comes across nicely. Fans can rest assured that this is the definitive visual presentation of this film. I can’t imagine that it can be made to look better in the future.

Millennium Actress features a DTS-HD Master Audio 5.1 track for both the original Japanese language track and the English dub. Both tracks sound great. I watched the film in the Japanese and then returned to the film in the English dub. I enjoyed the voice acting which stayed close to the original intent of the writing. The surround effects are used sparingly but the beautiful score by Susumu Hirasawa benefits from the added depth. Fans will be pleased with both tracks which offer good fidelity to the original sound design.

Millennium Actress is a beautifully-made film about love and loss. It’s a film that will appeal to sentimental viewers and transcends the anime genre. Satoshi Kon was an incredible filmmaker, and this is one of his greatest accomplishments. Shout!Factory has provided a jaw dropping new 4K restoration that is the definitive presentation of the film. Fans will surely want to upgrade and should rejoice to have yet another one of Satoshi Kon’s films on Blu-ray. Highly recommended. 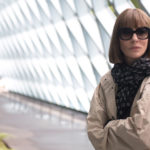 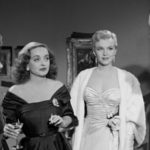