Twilight Time has recently released the classic espionage thriller Morituri on Blu-ray. Starring Marlon Brando and Yul Byrnner, the film takes place during World War II. It is an interesting espionage film that takes place almost entirely on a Nazi controlled ship carrying rubber that the Germans badly need to keep the war going. The title is taken from “Morituri Te Salutant – Those who are about to die salute you” – a Roman gladiators’ salute to Caesar. This is explained in the title card of the film and sets the tension level before the characters are even introduced. Considering that I have been a fan of Brando for decades, I was happy to watch this film which I had never seen.

Japan, 1942 – Captain Mueller (Yul Brynner) is given charge of a Nazi ship. His previous charter had been torpedoed in the Indian Ocean. He had been under the influence of rum at the time. This mission will give him a chance to prove himself again to his superiors. In India, Colonel Statter meets with pacifist German expat Mr. Crain (Marlon Brando.) Crain is told that the ship that is leaving Japan carries enough rubber to keep the Germans on wheels for the rest of the war. Crain is also told that his forged Swiss passport that he has been living under for three years will not work anymore. Crain is tasked with bringing the ship to the Allies. In order to do this he will need to pose as an SS officer named Kyle, board the ship in Tokyo, and disable the scuttling explosives so that the ship may be taken by the allies. He is in constant danger of being exposed and he is almost immediately at odds with the captain.

Morituri is directed by Bernhard Wicki who is best known for directing The Longest Day. It features a score by master composer Jerry Goldsmith and striking cinematography by iconic cinematographer Conrad Hall. The film has an excellent screenplay by Daniel Taradash based on a novel by Werner Jörg  Lüddecke. The film works well because it takes its time to develop its characters and allow natural tension to develop between them. The film works slowly and understands that silences and stares are just as important as dialogue when creating suspense. This is sadly a dying art in films. I have only seen this technique used recently in Tarantino’s last two films. Each scene where Crain dismantles a charge on the boat is an exercise in suspended tension. These scenes are really well executed and intense. I found myself being reminded of the silent heist scenes from Rififi and Le Cercle Rouge. That is a very good thing.

Marlon Brando is great in the lead role of Crain. At very first the viewer will look at his Austrian accent with suspicion, but it stops being noticeable after just a few moments. Brando can elevate nearly any film and his chops here are indisputable. Yul Brynner gives a great and brooding performance as Mueller. He can be a really intimidating performer onscreen and he chews the scenery well in this film.

There is a lot to enjoy about Morituri and fans of espionage thrillers would be wise to check it out. It’s a unique entry in the genre that holds up well.

Morituri sails onto Blu-ray with a crisp looking transfer courtesy of Twilight Time. The new transfer from 20th Century Fox looks great. Presented in 1.85:1 aspect ratio with an MPEG-4 AVC encode, the black and white levels are well defined and sharp looking. Fine detail is superb. I couldn’t find any fault with the transfer. 20th Century Fox continue to show their fans how lovingly they care for the films in their vault with this release.

Like the video transfer, there is smooth sailing in the audio department. The DTS-HD MA 2.0 track sounds great and features an excellent score courtesy of Jerry Goldsmith. Dialogue is crystal clear. Fans should be pleased.

With strong cinematography, direction, performances, script, and music – Morituri is an excellent entry in the war espionage thriller genre. It is always a joy to discover a classic film that has alluded your notice. Morituri fits the bill. The brand new transfer that Twilight Time has provided courtesy of Columbia/Sony looks great. I highly recommend checking out this film if you like this genre. 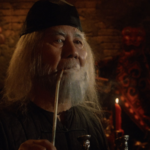 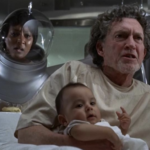