Edward Norton pulls double duty in Motherless Brooklyn, a film in which he stars and directs. We’re taken back to the 1950’s in Brooklyn where Norton plays Lionel Essrog, a Private Detective with a bad case of Tourette’s. Despite his condition in which he blurts out random words and displays obsessive compulsive tendencies, he’s quite good at his job. He doesn’t have to write down notes and can remember words in his head as clear as day. When his mentor and friend, Frank Minna (Bruce Willis) is killed, he sets out to find out just what is going on and who is behind it. He has a small crew help him, but mostly he’s solo on his journey as he travels the streets trying to get to the bottom of things.

Motherless Brooklyn caught my eye when I first saw the trailer, but I put off seeing it in the theater mostly because I couldn’t find the time to commit to it. Norton shows what a great Director he can be as he accurately recreates an earlier and simpler time. He has a way of directing each scene that always feels authentic. He’s also assembled a terrific cast which includes Alec Baldwin, Willem Defoe and Bruce Willis to name a few, even if the latter isn’t given a lot to do. I found the character of Lionel Essrog the most interesting person on screen. In fact, I’d say this character is far more interesting than the rather pedestrian and slow moving story we have here. I was hooked following this character and on edge just to see what he’d do or say next. I admit to laughing a few times at his verbal outbursts, though the condition itself is no laughing matter. Still, it was hard not to be amused at some of the profanities that came out of his mouth.

For all that the Norton gets right with the film, I do feel that it’s still ultimately a mixed bag. I knew to adjust my expectations accordingly, based on knowing a bit about the plot and some reviews I read, but I was never invested in the story. Unfortunately, without a compelling hook, there was a point that I was just ready for the big mystery to finally be solved. I feel there’s just enough here to warrant a viewing as long as you go in with the right mindset. I just hope the next time Norton commits himself to a film that he will find one with a better story. The dialogue doesn’t have the wit or pizazz that I’d expect and he needs some help with pacing as well. I don’t mind a slower film as long as I’m invested in what’s going on and the outcome.

Visually speaking the film looks amazing. With Brooklyn essentially acting as its own character, there’s almost always something that catches your eye. Stubble on faces, lint on shirts and various other things. The details are amazing across the board. I enjoyed the aesthetics more than anything else and this transfer presents things wonderfully.

Also impressive is the DTS HD track that features a rich score and crisp and strong vocals throughout. There’s the usual background banter that brings us into the world as well. I had no problems understanding the lines or any issues to speak of. Like the transfer, this track proves satisfying.

Motherless Brooklyn gets many things right. In fact, it gets just enough to warrant a viewing, but unfortunately the story is pretty lackluster. I found the lead character to be the most interesting thing here. I wanted more out of the film, but the pros outweigh the cons just enough to check out. Just make sure you have your expectations in check. Rent it. 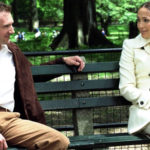 Maid in Manhattan (Blu-ray)
Next Article 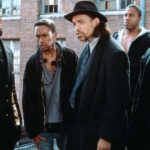