Christian (Ewan McGregor) has come to Paris to write about truth, beauty, freedom, and above all things, love. Of course, he has never been in love and has little experience in the bohemian lifestyle, but he plans to make up for lost time. His father warned him not to venture to Paris, but he followed his spirit and has now arrived. After someone fell through his ceiling, Christian met up with a team of bohemian actors, who want to showcase the first bohemian stage show ever, at the infamous Moulin Rouge, no less. They soon discover his immense skills as a poet and have him to pen their play, but he will need permission from the Moulin Rouge’s highest paid performer, Satine (Nicole Kidman). His newfound friends ensure he will have a private meeting with the courtesan, thanks to some underhanded tactics, though she assumes he is a duke and not a simple writer. The two hit it off and even after she learns the truth, she realizes his skills and despite the real duke’s presence, they have a whirlwind romance. But when the smoke clears, will Christian have his true love or will he learn that love is not able to conquer all?

This is one of the most gorgeous, unique American films I’ve seen in the past decade, but it is hit or miss, in terms of audiences. I saw this a few times in theaters and while some people loved it, other simply hated it and few remained undecided. I suppose that’s the mark of a good movie, one that evokes a real response, with few viewers left unsure. The mix of new & old music is a little hard to adjust to at first, but it fits in with the material to perfection and as such, it doesn’t remain an issue past the first time the technique is used. The elaborate dance numbers feature complex steps, intense visuals, and some good camerawork, although the edits movie a little too fast, as some of the action is lost in the translation. The main complaint with Moulin Rouge would be the storyline, which is rather thin and always takes a backseat to the production design & musical numbers. Even so, this movie can be enjoyed for what it is, a wild ride through some dazzling visuals and stunning production design, with some of the coolest musical scenes in a long while. A solid movie given a terrific presentation here.

As I mentioned before, the visuals are the main element in Moulin Rouge, thanks to director Baz Luhrmann’s approach. Of course, he has become known for his amazing visual prowess and as such, I think we should expect a visual focus, without a doubt. As per usual, he and his production design team layer the visuals to no mortal end, so your eyes never have a chance to take it all in, so you’ll want to watch a couple of times, just to see it all. I happen to like that concept and while it is true that it distracts from the story & performances, it makes for a beautiful movie and as such, I am willing to make those concessions. The lush visuals, memorable costumes, excellent cinematography, and epic scope all make Moulin Rouge a true visual masterpiece, even if it won’t win any awards for story or character work. Other films directed by Luhrmann include Strictly Ballroom and Romeo + Juliet. The cast here includes Nicole Kidman (Eyes Wide Shut, Far and Away), Ewan McGregor (Rogue Trader, Trainspotting), Jim Broadbent (Bridget Jones’s Diary, Smilla’s Sense of Snow), and John Leguizamo (The Pest, Spawn).

Moulin Rouge is presented in 2.40:1 anamorphic widescreen. This movie is all about the visuals, so the transfer had to be great and it delivers on all counts. This is a crystal clear, razor sharp presentation that never fails to impress. The detail is sparkling here, putting all previous home video editions to shame. Fans will be ecstatic, as Moulin Rouge has never looked this good.

The audio holds pace with the video, thanks to a DTS HD 5.1 option that offers an immense upgrade over the DVD incarnations. The sound is much richer and fuller here, which is important given the material. The vocals shine and really come to life in this track, but the music is not to be outdone, as it sounds spectacular as well. The soundtrack is powerful, subtle, and expansive, not much else we could want from this release. This disc also includes Spanish, French, and Portuguese language tracks, as well as subtitles in English, Spanish, and Portuguese.

The extras here are a mixture of old and new content, but fans should be satisfied. In addition to audio comments, we have a picture-in-picture mode that adds some life into the viewing experience. This mode offers audio comments, behind the scenes footage, and still photos, so quite interesting to watch. The rest of the supplements are a wealth of featurettes that spotlight various aspects of the production, from the cast to the music to the visual design and beyond. Most of the featurettes are short, but still pack some decent information and when looked at as a whole, there is a flood of insight to be found. This disc also includes two of the film’s theatrical trailers. 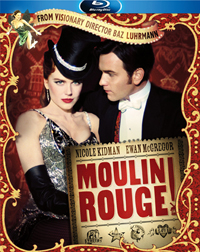