I’m probably one of the few people that doesn’t really see the appeal in Marilyn Monroe. Yes, I realize she’s one of the most iconic figures of the last century and her sheer look alone has inspired imitations among some present day entertainers – notably Madonna. She’s depicted as ditzy, brainless and a substance abuser. Yet she’s revered. She was the first Playboy centerfold, starred in arguably two of the better films that Hollywood produced in the 50’s and 60’s with All About Eve and Some Like it Hot. And then there’s that whole JFK thing. To say that Marilyn Monroe was an icon was putting it lightly. Her memory, like Elvis, continues to live on long after her death.

In My Week with Marilyn we see a more sensitive side of the vixen. Set in England, the film focuses on her teaming with Sir Laurence Oliver (Kenneth Branagh) as they were filming The Prince and the Showgirl. But we see this week through the eyes of Colin Clark (Eddie Redmayne), a well-to-do lad who aspires to be in the world of film despite the wealth of his family. Colin lands the job of a production assistant and strikes up an unlikely romance with Marilyn Monroe (Michelle Williams). We see the conflict between Oliver and Monroe, the suspicion of the various members of the cast and crew and its overall effect on the movie. It’s a side that we don’t really see of these icons and though it’s a work of fiction, it can’t be denied that there’s some truth in what we see.

Michelle Williams continues to deliver strong performances and her Best Actress Nomination for her work here was the second in as many years (she was nominated in Blue Valentine). Kenneth Branagh was also nominated for his role as well. The real crime is the fact that Eddie Redmayne wasn’t recognized for his work. The film shows us a side of one of Hollywood’s most recognizable faces that we’ve not seen before and some of the frustrations that Oliver and Monroe went through. Word had it that when Billy Wilder was filming Some Like it Hot it took Monroe over 50 takes for her to get the line “Where’s the bourbon?” correct. Wilder had to tape the line inside each and every drawer that she was to open and eventually she got it correct. It just goes to show that you don’t have to be incredibly intelligent to be successful. Though it does help.

My Week with Marilyn comes to Blu-ray in a very nice-looking 2.35:1 AVC HD transfer. There are a handful of lovely scenes of the English countryside that show off the crispness and clarity of the Blu-ray format. Flesh tones seem very natural, though Monroe’s pasty complexion looks more porcelain than anything else. The entire palette seems to have more of a brown, earthy feel to it than anything else. Contrast and black levels are both as we’d expect. There are a few scenes that tend to be a bit off balance, but these are few and far between. Aside from a few occasional blemishes, this makes for a very nice presentation.

The DTS HD Master Audio soundtrack certainly isn’t engineered for depth, though there are a couple of instances in which the surrounds really get engaged. Williams’ character seems to embody the wispy dialogue that Monroe is so well-known for and Branagh’s Oliver has the deep, English tone that we’d expect. The majority of the action is limited to the front stage and it’s handled with relative ease by the speakers. I’m hard-pressed to find much else to say about the way this sounds. It delivers, but nothing too memorable.

As critically-acclaimed as this film was, there’s a shortage of supplemental features on this disc. The included audio commentary by director Simon Curtis has a few moments, but is rather dry at times as well. He offers some screen-specific comments as well as some insight about the production and the shoot in general. We find a featurette “The Untold Story of an American Icon” which features segments of Monroe, some archived footage and all of the main cast and crew praising the film. 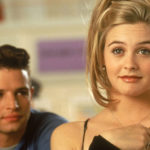