Twilight Time continues their stellar lineup of films with the Paul Mazursky directed Next Stop, Greenwich Village. Mazursky directed one of the best comedies of the Sixties, Bob and Carol and Ted and Alice, so I was excited to see another one of his films come to Blu-ray.

Every now and then I will watch a movie where I enjoy the movie while disliking nearly every character. I think that is one of the hardest things for a writer or director to pull off and will turn off roughly half the audience who watch the film. Mazursky set out to define a time and place – 1950s Greenwich Village. In doing so, he brings to life such pretentious and self-serious bohemian types that I felt no desire to time travel back to that time in the future. The main character is not very talented at his trade and painful to watch as he does impersonations. His friends are “artists” in mindset only. These choices are all intentional of course, but hard to watch nonetheless. I feel like this is one of the most realistic films I have ever seen about the twenty something bohemian class ever made. I felt like I had met every one of these characters in my mid-twenties and it made me smile and grimace in equal measure.

The plot of the film is going to be equally divisive for the audience. The plot tries to cover the full spectrum of those times including topics like abortion and suicide. These topics are not dealt with lightly or harshly, appearing much like they do in real life. Things happen in life and people continue about their business. This under dramatic approach is likely to turn off people looking for a pure drama as much as it is likely to turn off people looking for a lighthearted comedy. In order to enjoy the film, you must be willing to take in everything warts and all.

Regardless of what you think of the film’s characters and plot, there is no denying that Mazursky nailed the time and place. Mazursky admits that the film is largely autobiographical and he paid close attention to the small details that make up the setting of the film. Given that the film was shot in the mid-Seventies, Mazursky was able to recreate the period realistically before the entire area of Greenwich Village was gentrified to the point of being unrecognizable now. To make this film now would cost an incredible amount of money, but back then it just took a good eye and an attention to detail.

Mazursky hired a relatively inexperienced actor Lenny Baker in the lead role. Lenny is an awkward presence on screen. I found myself torn between thinking that his performance was incredibly accurate or thinking that he was one of the worst leading actors ever cast. It is hard to say which perspective is right, but as indicated in the commentary Mazursky achieved what he was going for and considered this one of his favorite films. The supporting cast is strong. Ellen Greene is very believable as the love interest in the film. A young and confident Christopher Walken is great in the film and very subtly steals every scene in which he appears. Unlike the rest of the cast, Walken had that real star presence even at the beginning of his career. Similarly, Shelley Winters is fantastic in the film as the overbearing and constantly worried mother.

At the end of the day, while this is not my favorite Mazursky film, I enjoyed what he was shooting for. It will not be a film that I can see myself returning to frequently, but I also don’t think I will forget it any time soon.

20th Century Fox have provided a transfer in 1080p in the original aspect ratio of 1.85:1. This transfer looks very good. The cinematography by Arthur J. Ornitz achieves a fantastic look due to his realistic approach to the material. If you have seen some of his other work, notably Serpico, you will know what to expect in terms of visuals. The film is largely visually compelling due to the attention to detail given to the time period. Overall, this film benefits heavily from the Blu-ray format and looks as good as almost any catalog release.

Twilight Time have provided a very competent DTS-HD MA 2.0 Mono track. I never had any trouble understanding anything that was said by the principal characters. This film is very soft in its approach to setting and the score, with very little noise to take away from the characters talking with one another. There is not much here that is memorable but there are no problems whatsoever to report with the audio on the release.

Next Stop, Greenwich Village will have fans and detractors in equal measure. It is a well-made and well thought out film about a class of characters rarely given screen time. I found myself somewhere in the middle on how well I enjoyed the film. I found myself impressed by what Mazursky had accomplished, while not finding myself enjoying the presence of the characters. For fans of the film, Twilight Time have provided a great looking and sounding transfer and the audio commentary is absolutely fantastic. 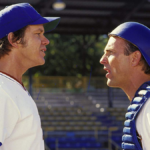 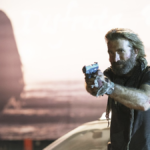