A rash of gruesome attacks, murders, and at times, total chaos has left the world in an odd position, one it never expected to be within. As she visits a graveyard, Barbra (Judith O’Dea) finds herself being teased by her brother, who claims dead people have risen from the ground and are coming after her as he speaks. But when a strange man approaches, attacks the couple, and leaves her brother dead, Barbra realizes his words were true, even though he never intended them to be truthful in the least. After a narrow escape, she finds herself at an isolated farmhouse and soon discovers a band of other survivors has formed there. All is not smooth with these people however, as a rift has formed between them, as a black man wishes to move upstairs and a stubborn man demands that downstairs is the better choice. As they argue and finally take action in the ways decided upon, a swarm of undead creatures closes in on the house, seeking to eat the brains of those inside the farmhouse. How did the dead somehow rise from the grave and more to the point, how can they be stopped?

Some films are so well crafted, they become a cornerstone of the genre and influence movies for decade upon decade, transcending the simple label of the genre involved. One of those films is Night of the Living Dead, which has stood the test of time and then some, winding up as perhaps the most influential & popular horror picture of all time. I’d have to agree on all counts, as this is an excellent example of horror cinema and low budget filmmaking, as director George A. Romero and his cast & crew rose above the limited funds, to create a powerful, memorable, and highly effective feature film. I doubt even Romero could have guessed how much success the film would gain over the years, but he and his fellow filmmakers nailed this one from start to finish, redefining the horror genre in the process. The film’s stark black & white photography is stunning at times, while Romero is able to create superb tension, thanks to the atmosphere, characters, and of course, rampant zombies on the prowl. Simply put, this film deserves a place in any film buff’s collection, even those not too sold on horror, as it has surpassed all genre limitations and proven to be a true classic, in every sense of the word.

He has directed a lot of films since, but Night of the Living Dead will always be George A. Romero’s definitive picture. Romero has seen his finest effort fall into public domain, be duped into miserable editions all the time, and even hacked up and ruined by some of his fellow filmmakers, but his original vision is preserved in this version. This is Romero’s Night of the Living Dead and thanks to a marvelous transfer, we can see the film as it is meant to be seen, so a new approach to the visuals and style can be made. I think Romero works the material to sheer perfection and spins together an almost perfect horror movie, the closest the genre has to a standard, since most other horror movies are judged by this one’s merits. I hope Romero can find his stride once again after some missteps in recent projects, but even he does, I doubt he will ever equal this feature. Other films directed by Romero include Martin, Monkey Shines, The Crazies, Knightriders, Dawn of the Dead, Bruiser, and The Dark Half.

Making its Blu-ray debut for the 50th anniversary, we’re treated to an MPEG-4 AVC encoded transfer that does leave a bit to be desired. Most fans will simply be delighted to have this on the HD format, but this is hardly the definitive edition by any means. There are several print flaws and clear wear with this transfer. It might be the best the film has looked to date, but surely something better could have been presented to us. Details are somewhat lacking as well. These were not the comments I expected to give, but sadly it’s seriously lacking.

We also get a problematic 2.0 uncompressed track. This too leaves much to be desired as there’s a noticeable restraint throughout the track. There is some clarity to the vocals, but beyond that, this track disappoints. We get a serious lack of range here. It’s passable, but far from the standard we’ve been accustomed to today.

There’s nothing I need to say of the film itself which basically kick started the zombie genre, but it’s this disc itself that’s seriously lacking. While I prefer Dawn of the Dead to this, this is still an obvious classic. The lack of extras is more than disappointing, but the problematic audio and video also upset. I’d advise fans to maybe hold off until a possible Criterion release comes out. This release is too flawed for me to recommend. 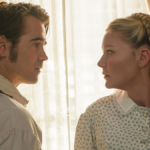 The Beguiled (Blu-ray)
Next Article 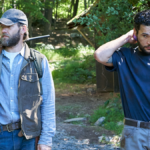