There was a time when Richard Gere and Kim Basinger had some serious star power. Neither of the two have done much in more recent years, but No Mercy stars both and is set in New Orleans, with the 2 handcuffed together for a chunk of the film. It probably isn’t the most popular film in either of their filmographies, but it has a certain charm to it that just barely makes it worth a viewing.

Gere stars as Eddie Jillette, a cop who loses his partner and vows vengeance. In the middle of all this is Michel (Kim Basinger) who is the murderer’s girlfriend. Through some complications, Michel and Eddie become handcuffed together and are being hunted and on the run. This is all while Eddie hopes to track down his partner’s murderer. Really, there’s a bit too much here to recount and really none of it matters in the grand scheme of things. This is all familiar stuff, especially for when the film was released, but it’s more in the execution.

I will admit that my interest in No Mercy started to wear off a bit during the second half. The film is never downright boring, but the central mystery isn’t the most intriguing either. Gere and Basinger are good enough to maintain interest, but their characters never have as much chemistry as they should, especially for this sort of film. The tension is there, but the film lacks the urgency that might’ve made it more memorable. It becomes a decent time waster, but not much more.

This is a very dark film visually speaking, so it can be best viewed at night or in a dimly lit room as certain glare might make it hard to see what’s happening. While it can have a more muted look than I’m used to, it’s never a bad transfer and is quite passable much of the time. For a budget style disc like this, you could do much worse. The image has a 1.85:1 ratio.

We get a DTS 2.0 track that worked better than I would’ve expected. At times the city noise and background banter came through with more of an impact than I am used to from more restricted tracks. Vocals have the clarity I expect from them and all things considered, this works well enough.

While I can’t claim that this film did a ton for me, it did have a certain way about it. I can’t flat out recommend it as a must-see, but if you’re looking for a random film of this sort and have never seen this one, it’s a decent rental. 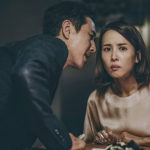 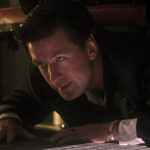