Once upon a Crime is a great reminder that, no matter how much talent you have on screen, you have to have a great script for it all to work. I haven’t seen a comedy quite so lame in some time. I might have even seen this film before, but thankfully it had evaporated from my brain. I hope it will after this viewing as well. It’s also a tough reminder that reviewers like us have to endure some pretty painful films sometimes. I was tempted on more than a few occasions to fast forward the film or simply cut it off, but that wouldn’t be fair. Though it was unfair to me to have to endure this, but you get me. When you have a comedy with several bumbling idiots centered on a missing dog, I don’t think you’re shooting for the stars. We get performances here from John Candy, Richard Lewis, James Belushi, Cybill Shepard and Sean Young just to name a few. There’s nary a single funny moment of line from any of these actors. The characters they play are simply irritating to the fullest extent. Directed by the equally talented Eugene Levy, it’s hard to see what attracted all of them to such a lousy film.

Julian Peters (Richard Lewis) meets Phoebe (Sean Young) as she’s chasing after a lost dog. She sees a reward listed in the paper for $5,000 and decides to try and claim the reward money. Unfortunately Julian is wise to her act, so the two of them cut a deal to split the reward money. Then there’s Neil Schwary (James Belushi) as a gambler trying to make it big. He’s married to Marilyn (Cybill Shepard), but mostly he just insults her and treats her like crud. John Candy plays Augie Morosco, a reformed gambler who gets caught up in the middle of all this. The real trouble begins when it’s discovered that there has been a crime committed and all these characters get in over their heads. A millionaire has been murdered and these characters are all suspects. Set in Monte Carlo, the film comes down to little more than a bunch of characters running around screaming, trying to prove their innocence. The trouble is that there’s just nothing funny about it. None of the characters are the least bit likable or even entertaining to watch. It becomes a chore to sit through. I’ll conclude by saying that it starts with the script. This one needs a rewrite or two. Skip it.

While not an overly flashy film, the setting at least lends itself to strong visuals. The image worked well for the film at hand. We get just a little bit of grain here and there, but overall, it’s a sharp looking transfer. The image is AVC encoded with a 1.85:1 ratio. Details are good, if not overpowering, but I think casual viewers will be pleased with the results here.

The film is dialogue heavy as the characters all try to plead their case and proclaim innocence, so expect the usual results. The DTS HD track still suits it fine. Vocals are clear, the music comes through nicely as well. There’s a lot of yelling going on here, but the clarity is there. I think the track serves the film as it should.

Films like this that follow several characters centering on a crime could work, but this one is a real stinker. The talent is certainly there, but the script gives them nothing funny to do. The dialogue is lame and characters overly annoying. This one can be easily skipped. I couldn’t wait for it to end. The 90 minute running time felt more like an endurance test. 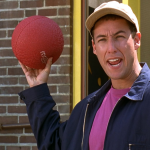 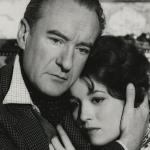