I admit I don’t recall much about the first Paddington film, but I seem to recall enjoying it somewhat. Warner Brothers is behind this sequel and a third film has already been announced. As of this writing, this is the best reviewed film ever on Rotten Tomatoes. While it’s hard to find anything outright wrong with this flick, it did little for me, and is not something I ever need to revisit. With that being said, it’s perfectly harmless family entertainment that should please its intended audience. Admittedly too, it is refreshing to see a family film that really is wholesome. That isn’t a word used very often today, but Paddington 2 fits that bill. The effects, with the CGI title character are perfectly meshed with the live action characters and world very well.

The plot this go around involves Paddington being arrested via a misunderstanding which assumes he was trying to steal a pop-up book. We also follow his eventual escape from prison and him trying to find the actual thief. Paddington wishes to purchase this pop-up book from an antique store to give to his aunt for her 100th birthday. He takes several odd jobs to acquire funds to pay for the book, but the problem is the book is stolen, and Paddington is wrongly accused of trying to steal it. Hugh Grant plays Phoenix Buchanan, he’s a once famous actor who has now resorted to acting in dog food commercials. He goes undercover and steals the book all while framing Paddington. The middle chunk of the film follows Paddington in prison while befriending the inmates. His family, the Browns try and locate the stolen book as well. Paddington then launches a prison escape. This eventually all leads to confronting Phoenix and Paddington seeking justice.

The plot is relatively predictable, but at least moves along nicely. Still, I just wasn’t entirely won over by this film. It’s perfectly bearable (get it?), but I’d be lying if I said it did much for me. I just couldn’t get overly invested in the plot or characters to care about the outcome. The acting and scenery are all nice, and our title character remains lovable as ever, but I can find little that truly stood out or made a huge impression on me.

It’s always tricky when the main character of a film is a CGI-based animal. It would seem to open the door for faults to creep in and, well, ruin the viewing experience. Thankfully that’s not the case with this one and Warner’s 2.39:1 AVC HD image adequately conveys the gorgeous-looking transfer. Fine detail is rendered beautifully, giving us a very natural and all around good-looking transfer. Obviously the human aspect of the film looks fine as well, showcasing a wide color gamut, lifelike flesh tones and detail that’s tack sharp. Nothing to complain about here.

Admittedly, the first thing I thought when looking at this film wasn’t “I wonder how good the Dolby Atmos mix will sound.” Frankly, this isn’t the type of film that I’d expect a mix like that to appear on, but I was mistaken. Actually, the Atmos mix works and works quite well. There are little elements here and there, such as when Paddington is in the clock – the clicks and whirrs of the internal parts really immerse the viewer in the scene. Vocals are pure and crisp and directional effects are well-placed making way for a very unique and rich aural experience.

I admit that I just wasn’t won over by this film, but the intended audience should feel right at home here. There’s really nothing wrong with it, and it’s nice to see a flat-out wholesome film. Recommended for fans of the first film and the books they’re based on. All others should consider a rental first. 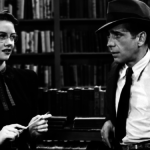 The Big Sleep (Blu-ray)
Next Article 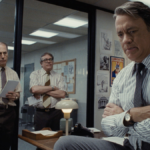