I’ve been on something of a hot streak lately with both, theatrical films, and a few at home. What I mean is I have enjoyed a lot of recent films I’ve seen that I knew somewhere along the way that the streak would end. Paradise Highway takes that honor. While not one of the worst films I’ve seen in recent memory, it certainly is one of the most dull and sluggish ones. What compelled Morgan Freeman and Frank Grillo to take on their respective roles is beyond me. Maybe it sounded good on paper? It was filmed in my home state of Mississippi, but beyond that the film failed to engage me.

The plot is a basic one, but still has potential to be effective. Juliette Binoche plays Sally; she is a truck driver who gets involved with having to escort a girl named Leila (Hala Finley). She is surprised to learn that she would be having to transfer a person. Indeed, the was thinking it would be an item, not a human. Sally is only agreeing to do this since her brother, Dennis (Frank Grillo) is in prison and his life gets threatened. Morgan Freeman plays Gerick, the seasoned FBI operative who is working on the case. He and another agent named Sterling (Cameron Monaghan) have a back-and-forth banter, but they do work together to solve the case. The banter is just something that the filmmaker’s thing is amusing, but it grows tiresome quickly. Really, much of the film grew tiresome as the story feels stuck in neutral much of the time. It seems the ingredients are there for something interesting, but it fails to ignite.

There’s a story to be told about human trafficking, but this isn’t it. I didn’t think this would be the most riveting film I’ve seen, but something, anything might’ve given it some life. The dialogue isn’t compelling, and the characters just aren’t all that interesting to follow for almost two hours. 2018 saw a smaller film named Traffik, that while far from perfect, was still thrilling and entertaining. This one could’ve used some of that energy.

The film at least looks great! With a 2.39:1 ratio, it gives more room to really let the film and its visuals breathe. Colors are fine and the print is pristine as it should be. I really couldn’t detect any noticeable flaws. Background shots are nicely detailed as well. I also viewed some of the digital version which is apparently in 4K and that impressed as well.

Vocally driven with some scenes of gunfire and action, the DTS HD track is also engaging. There’s clarity and full range that brings us into this world. All told, the track impresses just like the transfer.

Paradise Highway has a decent enough premise that it could work, but it fails to engage. It doesn’t work as a thriller or character drama. I believe the lead characters to be very uninteresting. Perhaps with a more compelling leads character, I might’ve cared more than I did, but it bored me and failed to engage. Skip it. 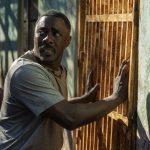 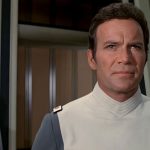