A remake of the 1946 movie of the same name, this version of The Postman Always Rings Twice stars Jack Nicholson and Jessica Lange. The roles were played by Lana Turner and John Garfield in the original film. I haven’t seen that version in some time so I can’t provide a direct comparison. I still enjoy both versions, but the remake amps up the sexual tension in a way that the original film couldn’t at the time of its release. Nicholson plays Frank Chambers, he’s a drifter and eventually begins to work at a small diner owned by a Greek man named Nick (John Colicos). His wife Cora (Jessica Lange) catches the eye of Frank and the two of them become closer as the film progresses. They eventually concoct a scheme to murder Nick and enjoy the rest of their lives together, but of course some problems arise. I won’t reveal too much of the plot for those who’ve yet to see either version of the film. It’s been a while since my first viewing of the film, but watching it again for review, I was still surprised by some of the plot revelations. I enjoyed the film the first time, but for one reason or another, it slipped my mind on this viewing. David Mamet wrote the screenplay, but it lacks the wit of some of his other work. That’s not necessarily a flaw as the story is relatively simple, but it still would’ve benefited I think from a tighter script. Director Bob Rafelson keeps the plot moving at a nice, but deliberate pace. It might be too slow for more modern audiences who prefer more action oriented films, but it still kept me with it throughout most of the running time. The ending might also surprise those who are unfamiliar with the original film or the novel.

On the commentary track on this disc, Rafelson admits that he wanted the film to be more of a love story with a touch of noir. I’d say that’s a fair assessment. What’s interesting too is that there isn’t any nudity in the film. There are a number of sexual scenes to be sure, but the nudity is kept off-screen. I think this benefits the film as it leaves much to the imagination and keeps it from feeling like it’s only interest is in shock value. At times, the film can be a bit of style over substance, but it’s so well made that I can forgive that. I enjoyed the overall look of the film. Rafelson does a good job of recreating an earlier, simpler time. I was admiring the set design throughout the film. The old metal refrigerators and rusty signs add an authenticity to the film. It helps that Nicholson and Lange have nice chemistry together as well. In a way, the film lives or dies with their performances and thankfully, they’re up to the task. Frank is a sleazeball and what’s interesting is that we’re never quite sure what to make of him. This adds a level of tension throughout the film by not quite being sure of his next move. Lange is a tricky character too. On one hand she’s the more vulnerable of the two, but she may also have a motive of her own. For fans of the film the disc is worth purchasing even though the extras leave a lot to be desired (more on that in a bit). For all others? I’d say a rental is in order. It’s worth watching at least once. One interesting bit is that the title isn’t explained in this version. I felt compelled to mention that.

The transfer here is nice, but a bit uneven. Some scenes show their age with grain and washed out colors, but the majority is a winner. There are a number of scenes displaying strong, sharp colors. The detail is evident in many scenes whether it being dust and dents in some of the cars to the rust on a number of objects. Some of the night scenes don’t fare as well, but it’s not a major issue. I just wish there was more consistency throughout the transfer, but overall I feel pleased with it. This is also likely to be the best the film will ever look. I can’t see Warner Brothers revisiting it any time soon so this will have to do. The image is AVC encoded with a 1.85:1 ratio.

We get a DTS HD 1.0 track. Obviously, that limits just how much range we get, but that’s OK. It serves the film nicely. I can find no real complaints with this track. Lines came across strongly and had a natural feel throughout the track. The score has a nice kick on a few occasions. As long as expectations aren’t too high then this track should satisfy.

I recall this disc was delayed a few times and one would assume (and hope) that would be to load it up with extras. Sadly, that’s not the case. All we get here is a commentary track and the films trailer. I would’ve loved a retrospective or something more, but at least the commentary is good. I also love the cover art for this package. I’m glad they stuck with this for the final product. 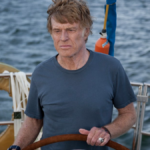