Let’s take a trip back to the Spring of 1990, shall we? Let’s see…George Bush was in office and we were at war in the Middle East some things never change, do they? A new decade was upon us and someone by the name of Julia Roberts was a burgeoning on a successful career as an actress. Miss (at the time) Roberts had really only a couple movies to her credit when she did “Pretty Woman”: “Mystic Pizza” and “Steel Magnolias” both of which I’ve actually never seen. Audiences fell in love with Roberts and made “Pretty Woman” one of the smash hits of 1990. In hindsight, what was it about a hooker with the “heart of gold” that we liked so much? I don’t really know the answer to that. It’s one of those things that you can’t really explain; it just works on some level. Additionally, the movie was popular enough to inspire somewhat of a sequel (“spinoff” would be a better word, actually) as Gere and Roberts teamed again for 1999’s “Runaway Bride”.

For the few out there who have never seen the movie, the plot is pretty simple. Vivian (Julia Roberts) is a nave young woman from the country who has moved to Hollywood to make it big. She got caught up in the “world’s oldest profession” and makes a decent living. The problem is that her friend (and fellow hooker) Kit (Laura San Giacomo) is in some trouble with her pimp and as luck would have it Edward (Richard Gere) shows up in downtown Hollywood, lost and needing directions. He hires Vivian to guide him out of the gutter, she spends the night and then later on the week for the “bargain” of $3000 (the original title of the movie, by the way). Edward is staying at an elegant hotel where the manager (Hector Elizondo) takes great pride in turning her from “Hollywood Hooker” to the princess that we see at the end. Everything is going well until Edward’s slimy lawyer, Phillip (a pre-“Seinfeld” Jason Alexander) finds out the secret and propositions Vivian. Will Edward and Vivian ever get together? Will Edward conquer his fear of heights? Will Edward grow a soul and not buy companies and sell them off for profit? Duh duh dummmmmmthe plot thickens!

No matter how you view it, “Pretty Woman” is one of those movies that define an actor or an actress. You think of Julia Roberts and you think of this movie, you think of Richard Gere and you think “An Officer and a Gentleman”, Sean Connery “James Bond”. Go ahead, try it. Yes, the movie is corny and predictable and has become somewhat of the template for the modern romantic comedy so what. Much like “When Harry Met Sally”, this is just one of those movies that you have to see. Roberts was nominated for her first Academy Award (she would later win for her role in “Erin Brockovich” nine years later) but lost out to Kathy Bates in “Misery”.

“Pretty Woman” is one of those cash cows that will continue to be released because of one simple reason: it will continue to make money. There’s a reason Disney released a 10th Anniversary Edition and a 15th, etc. This movie is now in the era of Blu-ray and as such, we get perhaps the best-looking version of the film to date. That’s the good news. The bad is that it still looks a bit tired and dated with some very prevalent grain. “Pretty Woman” has some scenes that look great, such as the polo sequence but by and large the print seems to be plagued with dirt and a number of the scenes seem dingy. Flesh tones seem natural, for the most part and black levels are on target. For comparison’s sake, I did break out my 15th Anniversary standard DVD and the image is better on this Blu-ray version, with better contrast but it’s not night and day by any means.

This film hasn’t ever been the standard for audio and this Blu-ray doesn’t improve over the Dolby Digital 5.1 soundtrack (from the standard DVD) that much. Dialogue sounds good and clean and there are a few songs in the soundtrack that do resonate from the surrounds (“King of Wishful Thinking” and “Wild Women Do” come to mind). A majority of the film is dialogue-driven which sounds fine. Let’s face facts, there’s hardly anyone out there who’ll buy this movie given the uncompressed soundtrack. It sounds good which is all we expect it to sound like.

This is the umpteenth incarnation of “Pretty Woman” on the home video format and it appears as if they kept all of the supplements from the 15th Anniversary edition. This is good as each new edition seemed to have more and more supplements on it. First up is the same “new” commentary with Director Garry Marshall. I enjoyed his previous commentary track which he had made nearly ten years ago for the Laserdisc. That one is now gone and has been replaced with his new track (why they didn’t include both of them, I’ll never know). Marshall gives a very energetic and engaging track full of bits of information that really aren’t that important to the film (he cast his son as a drug dealer and was disappointed that he was smoking, etc.). It’s a nice track and worth a listen if you so desire. The rest of the supplements are rather weak, but there is an outtake reel which shows the actors goofing their lines or hamming it up for the camera. Natalie Cole’s “Wild Women Do” music video is shown in it’s late 80’s entirety and there’s a vintage (“vintage” being 1990) production featurette on the movie. There’s also somewhat of a home movie in which Marshall, Roberts and Gere are crooning at the wrap party in October of 1989. Lastly, we get an “interactive” tour of some of the key locations where the film was shot in Los Angeles. Click on the map and Marshall gives a voiceover and a brief history of the location in place. “Pretty Woman” is now on Blu-ray looking and sounding good with just enough supplements to warrant a purchase. 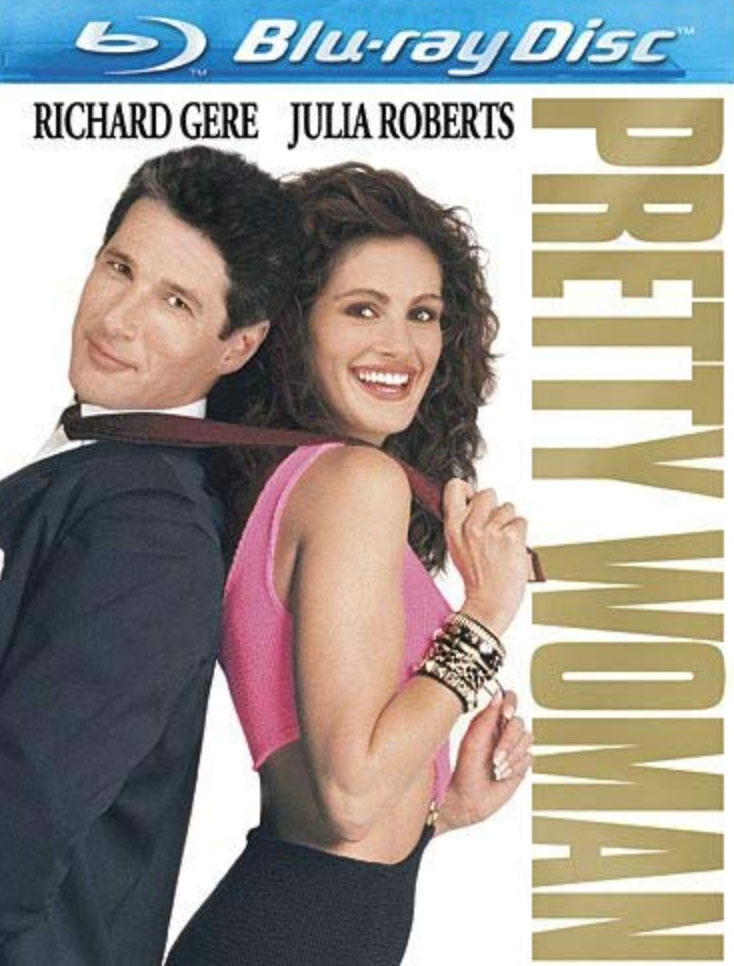