If you think your family is a little dysfunctional, just wait till you see the kind of family tradition that’s on display here. Ready or Not if a very entertaining film where a young bride plays a game with her new husband’s family which turns deadly. It’s a tight little efficient thriller with a simple enough premise and a strong lead performance from Samara Weaving. It’s so good of a performance that I will actively seek out further roles from her. The film is its own being, but had elements that reminded me a bit of You’re Next and The Belko Experiment. It’s the kind of film that hopefully you can see with a large audience or with a group of friends as their reaction definitely adds to the experience.

The film begins with a prologue where we see a man running and he’s shot with an arrow. He pleads for help from a young boy, but the young boy screams to the others to reveal that the wounded man is there. The others come in and take the wounded man away as the boy looks on. We then flash to 30 years later. We meet Alex Le Domas (Mark O’Brien) who is about to marry Grace (Samara Weaving). Obviously there are some wedding day jitters, but nothing could quite prepare Grace for just what’s in store for her. After they marry (at the family mansion), Alex mentions that they are to all play a game and she agrees to meet him downstairs. She is certainly a good sport about it. As they’re all sitting around a large dining table, they pass along a box and draw a card from it. When it’s Grace’s time to draw, her card displays hide and seek. That means she is to hide as the family searches for her all throughout the mansion. The game will end at sunrise. At first, Grace hides inside the Mansion’s dumbwaiter, but eventually gets out. Before long, she realizes that this is not your everyday game of hide and seek, and learns the family plans to kill her or else they’ll be killed. Or so they believe. We learn why they participate and if they don’t, they’re convinced that they themselves will be killed. Adam Brody turns in a strong performance as Daniel, Alex’s brother and Andie MacDowell does as well as their mother who remains calm during all the carnage. There’s another character who needs some serious target practice and another whose stomach can’t handle all the excitement. Indeed this is all crazy stuff, but I had a lot of fun with it.

Ready or Not might not be for everyone, but for those who are game (see what I did there?) then this can be quite a ride. It doesn’t overstay its welcome and while it provides commentary on the rich and wealthy, it doesn’t preach to us. There’s also some dark humor thrown in for good measure. I enjoyed how some of the members of the family wanted to honor tradition, but still suggest using the security cameras as they believe their family before would’ve had they had modern technology. I also enjoyed the unpredictability of it all. I was able to guess some of the twists, but it did take a few turns at the end that left me very unsure of just how it would all play out. So, if you know what you’re in store for then you will likely have a blast with this film like I did. Recommended.

The horror genre dictates that, by and large, films be dark. And this fits the bill. About 95% of the film takes place inside the mansion at night with only the first scene appearing in natural light. Thankfully, Fox’s 2.39:1 AVC HD image is up to the task as I wasn’t able to find anything wrong with the way this looks. Grace’s dress has infinite detail in the lace (which progressively becomes dirtier with blood and grime), the production design of the mansion gives an claustrophobic feeling to it. Shadows are strong as is the contrast with no movement or artifacting to be found. And let’s face it, when someone gets shot through the mouth with a crossbow – you want the image to look as good as it can, right? No complaints here.

Not to be outdone, the DTS HD Master Audio sound mix has its fair share of moments to shine. This isn’t your traditional horror movie in the sense that there are a lot of jump scares. It contains an equal amount of humor, so it kind of lightened the mood. It sounds funny saying, but when you’re laughing as the main character punches a kid in the face – you’ve got something special on your hands. Directional effects add to some of the tension later on, though the surrounds do add for some nice ambiance in between. Vocals are top notch. You know what, Samara Weaving can really scream!

Ready or not entertained the hell out of me. It’s funny, scary, and original and moves along at a nice pace. The performances are also all good, but especially from Samara Weaving as our lead. Check it out. 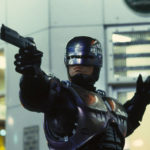 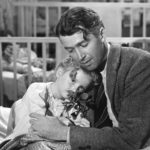