Christopher Plummer plays Zev Gutterman, an elderly battling a form of memory loss. He recently lost his wife, and is now living in a nursing home. He has a friend, Max (Martin Landau) who’s also a survivor of Auschwitz. The two of them talk, and Max tries to ignite memories for Zev of events that happened in their past. Max wants Zev to carry out a mission to exact revenge on a man who is responsible to the loss of their loved ones. Max would just as soon do this himself, but it confined to a wheelchair. This eventually puts Zev on a cross country road trip to ensure justice to the man who ruined both, he and Max’s lives. A lot is laid out for Zev as his instructions are clear. A taxi as well as hotel room are provided and paid for to ensure the task is completed. We then follow his journey over the course of the film.

It’s great to see two memorable actors like Plummer and Landau together, but Landau serves largely as a plot device. He pops up from time to time to help explain plot elements. This is mostly Plummer’s show as we follow him for the majority of the film. It’s certainly a unique take to find the lead character as an elderly man with memory loss. There’s a clear emphasis on this character’s shortcomings due to this issue. The film has a few tricks up its sleeve that might not sit well with certain viewers. I avoided revealing particular plot points as to not spoil things, but there are more than a few curve-balls to this story. I’m not sure how some will take the ending, but Remember might draw memories of Memento with the lead character piecing events together as the film goes on. While I appreciate the basic outline of the film, the execution is the problem here. Not only does it grow repetitive, but I found myself having a hard time caring about much of what was happening. The pacing is a bit too sluggish for my taste, and this created a general disinterest in the journey. There are also too few thrills to the story. I realize it’s not an outright thriller, but without an intriguing enough mystery, there’s little reason to care. The film has moments of promise, but the final product disappoints.

As expected, the 1.78:1 AVC HD image looks every bit as good as I thought it would. Despite the subject matter, it’s generally bursting with color, everything is bright, shiny, clean and easy on the eyes. Bear in mind the two main starts of this film were in classics like North by Northwest and The Sound of Music – they’re both approaching their 90th birthday! Detail is spot on, we can see the forehead wrinkles which comes with their age. I saw no issues with the black levels and contrast was strong and bold. Lionsgate has done a fine job with this presentation.

The DTS HD Master Audio track has a few moments, but they’re few and far between.  Vocals are on the money, strong and well-centered and surrounds, though used sparingly, do add a bit of depth to some of the selected scenes. The score is a bit sparse at times, but does the job and the front stage handles the rest of the mix with no trouble at all. Those expecting a dynamic audio powerhouse will be let down, but this more than serves its purpose.

While the general premise shows promise, Remember became something of a chore to sit through. Much of the film felt like an excuse just to get to its twist ending. It’s a bit too slow of a journey, and many might find themselves having a hard time caring about any of it. Plummer gives a worthy performance, but not very much is asked of him here. Skip it. 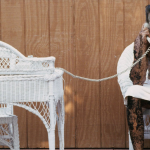 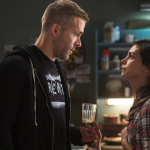