There was a time, and it’s getting more and more difficult to remember, when we didn’t turn to the internet for everything. We didn’t have apps to watch every single olympic event and couldn’t turn to Twitter, YouTube or Facebook for our instant gratification regarding current events. The year was 1996 and the Summer Olympics had come to Atlanta, Georgia. The Summer games have always been the bread and butter of the United States and the this was no exception. Just a few years earlier, I’d watched the O.J. Simpson car chase on my television and so it was that I was watching on that same television when, all of the sudden…boom. I remember swimmer Janet Evans was being interviewed, there was an explosion and the rest, as they say, is history. Richard Jewell might not strike a chord with a lot of folks these days, and I have no idea why they waited nearly a quarter of a century to tell his story, but nevertheless here it is.

Richard Jewell (Paul Walter Hauser) wants desperately to get into law enforcement. Unfortunately, he never really finds entry. The best he can do is working security at the Atlanta Olympic games. He sees an abandoned backpack, insists that it’s checked out and finds pipe bombs within. They explode before the bomb squad can diffuse them and had Jewell not evacuated the area, more people would have been hurt and killed. Immediately dubbed a hero, agent Tom Shaw (Jon Hamm) gets word that Jewell was a loose cannon as a college security officer. Shaw investigates further and he’s profiled that he fits the mold of someone who invents a crime to look like a hero. We know the rest. And while this gives us a backstory on the “inside” events, it tells the story in Eastwood’s typical no nonsense style. And it tells it well.

It might be argued that the media is the cause of most of the world’s problems. And I write that as a bona fide member of the press. Sensationalism sells. We all know that. So in the days of “fake news” (now, of course, not 1996) the line becomes increasingly blurred as to what’s real and what’s real. Richard Jewell the man is someone who experienced the highs and lows of stardom in the span of a weekend. And his life was ruined forever. He was ultimately found innocent of his accusations, but the damage had already been done. As for the film, it was largely overlooked though it did manage to garner an Academy Award for Best Supporting Actress (Kathy Bates, who plays Jewell’s mother). To those that remember the incident, this might hold some nostalgia or fans of Eastwood’s films in general. Great performances abound, though I keep scratching my head at the need for the film to begin with.

Most all of Eastwood’s films are shot in scope (2.39:1) and this is no exception. This gives the movie a bit more “room” to showcase some of the key sequences, namely the bomb scene. Colors are a bit on the bland side, which isn’t really a fault of the transfer, but rather a more artistic vision of Eastwood. As we might expect, there’s not a lot to complain about with this being a new to Blu-ray film. Contrast and black levels are strong, detail is razor sharp and we get a nice “film like” look.

A rather by-the-book DTS HD Master Audio sound mix is included and it serves its purpose rather well. I found that the majority of the film was dialogue-driven and there’s a lot going on. The “media circus” as it was once labeled, gives an aura of authenticity in some of the shots. You feel as if you’re right there in the middle of it all. Vocals are superb, there’s no lack of clarity. Surrounds are present, but not prevalent in most of the scenes lending this film to have a rather “front heavy” soundstage. It’s a nice mix, though nothing too memorable.

Clint Eastwood likely doesn’t have many more films in him as an actor or director, so I have to assume that when he gets behind a project, it’s for a good reason. I still don’t understand why, two and a half decades later, this was the subject for a film, but here we are. It’s good, no doubt about it, and the cast is top notch. Still, Warner’s Blu-ray looks and sounds good, but the extras are somewhat of a joke. Recommended for fans of Eastwood’s films, but not much more. 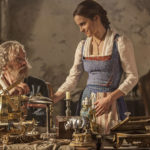 Beauty and the Beast (Ultra HD 4K Blu-ray)
Next Article 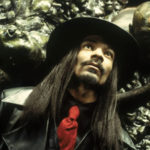