1991’s Rush might’ve been otherwise forgotten if not for the Eric Clapton song Tears in Heaven which is featured in the film. The song was inspired by the death of Clapton’s son and had heavy airplay throughout the 90’s. That isn’t to say that Rush doesn’t have its own merits, but it’s also not some forgotten gem either. The film stars Jason Patric and Jennifer Jason Leigh as two undercover narcotics officers who get so caught up in the junkie lifestyle that they too have succumbed to it. Patric plays Jim Raynor, he decides to take on Kristen Cates (Leigh) as his partner. We get some early scenes of him giving her the rundown of the undercover life. Their task is to not only infiltrate this world, but to ultimately take down the drug lord known as Gaines (Greg Allman). Sam Elliot plays the Lieutenant Dodd. He warns Cates not to succumb to this lifestyle and shares details of his past life, among other things. There’s a lot going on in Rush, but to fully enjoy the film depends on the strength of the two main stars, Patrick and Leigh. Fortunately, they’re more than adequate in their respective roles.

I can’t say that Rush is a particularly pleasant film, but it did hold my interest. There were times when the narrative took a few detours, and the pacing began to lag, but overall, I found it to be a rewarding experience. The ending also gets a bit emotional as well. I’ve never been one to fool with drugs, and after seeing this film, I can’t say I ever want to. It really does do a nice job of showing the effects this lifestyle can take, not just on yourself, but those around you. What’s interesting is that we see characters we get so caught up with their work that it’s hard for them to get out. They’re as very much guilty as the people they’re trying to put away. I haven’t seen very much from Leigh or Patric lately, but this film is a nice reminder of what great actors they are. There are quite a few tense scenes as well. Both the stars do such a believable job here as well, especially in some very crucial scenes.

I no longer have my old DVD copy of this film, but this new HD transfer is a big improvement. Outside of some occasional grain and print damage, there’s little to complain about here. The film takes place in Texas, and does a nice job of displaying the miserable looking setting very well. Details are strong as well. Fans should be pleased. The image is AVC encoded with a 1.85:1 ratio.

The DTS HD track also works well in the film’s favor. It’s not the most robust track you’ll hear, but it serves the film as it should. There some louder moments scattered through the film, especially near the end, and the rears kick in during those scenes. There’s also a 2.0 track included as well.

Rush is a nicely paced, fairly involving movie that shows the effects that undercover life can take on a person. This disc offers acceptable A/V specs and decent extras. Recommended for fans of the film. 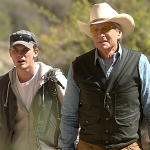 Beyond the Reach (Blu-ray)
Next Article 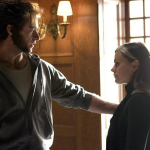