I’ll confess that I am a huge fan of the 2000 version of Shaft. Not only was that summer a solid one for movies, but It’s a film I’ve seen countless times. It was also one of the first DVDs I bought when I got my first player back in December of 2000. That film was (just like the title character) nothing short of bad ass. Samuel L. Jackson was the perfect choice for the lead character, but we also had some great roles in terms of villains from Christian bale and Jeffrey Wright. Really the entire cast did a solid job. The film didn’t overstay its welcome and had a hard, unapologetic edge to it. One that is sorely lacking in this modern update. I’ll dive into specifics in a bit, but this latest outing is all too modern and just feels off, especially in today’s overly sensitive “PC” world. One of the biggest issues I believe is that it’s simply 19 years too late. I’m unsure why we didn’t get a follow up to the 2000 flick much sooner, but it likely would’ve turned out better than what we have here. Let’s read on.

For this 2019 film, Samuel L. Jackson is more of a supporting character than our lead. And therein lies the biggest problem here: Shaft isn’t really about Shaft at all. At least not the Shaft we might expect. Even a late appearance by Richard Roundtree can’t salvage this. We begin with a quick prologue in 1989 where Shaft (Samuel L. Jackson) is in his car with his wife and infant son in the back seat. There’s an assassination attempt, but thankfully Shaft and his family are unharmed. Shaft fears that his lifestyle will put his son in danger, so he decides to leave and let his wife raise their son also. Flash forward to present day and JJ Shaft (Jessie T. Usher) is working for the FBI as a data analyst. He reconnects with an old friend who has struggled with drug use and dies of what he’s told is a heroin overdose. JJ knows that something is up since his friend was clean. He travels to Harlem to try to investigate what happened, but quickly learns he’s out of his element. It’s here that he enlists the help of his father. Admittedly this is where the film picks up a bit by bringing Samuel L. Jackson’s character into the mix. Unfortunately, Shaft is better as our lead character and not as a sidekick. I’ve nothing against Jessie T. Usher as I can’t recall seeing him in another film, but his character gets old fast. The film’s rhythm becomes obvious pretty early on. Shaft will handle the violent stuff and his son will constantly be the one who is worried and wants to stay free of guns and violence. In many ways the film is trying to have its cake and eat it too. My problem is that it seems to want to fit the 2019 mold of trying to slightly push boundaries, but having another character take issue with Shaft and his ways. It just didn’t sit well with me. That and the fact that drug plot just isn’t that interesting. Without a compelling villain, it is hard to become too invested.

This version isn’t a complete dud as there are a few laughs to be had, but the whole endeavor just feels off today. The film feels strangely out of its element. Tim Story directs this chapter, but he just doesn’t show the same confidence that John Singleton did with his take. That film had bite whereas this one feels like a small dog with no bite. I realize I’ve spent a lot of time comparing this film to the earlier one, but I wouldn’t have if this was the least bit compelling. The pacing feels sluggish at time and it just doesn’t work. If you wait 19 years between films, then you better deliver something special. This just isn’t it. If you’re like me, I’d just rather watch the 2000 film again. That or there’s also the earlier films as well. Very little here works and it feels like a film strangely out of place in today’s world.

The film definitely didn’t deliver, but Warner is pretty good at delivering 10 times out of 10. I wouldn’t expect less from a modern film. With New York acting like a second character, we get plenty of solid background shots and strong detail. I noticed smudges on windows and various random car tags could be easily read. Fabric and textures on clothing is heightened as well. This is a solid transfer for sure.

The Dolby Atmos track is solid as well. Vocals are fine, but the film’s soundtrack and the action scenes are what liven this outing. It keeps the viewer involved and brings us into this world. We hear background banter throughout the city and in clubs, all to add up to a solid experience.

I always hoped for a sequel to the 2000 Shaft, but it wouldn’t look or feel like this. Really the film should’ve refocused its plot and lost the son element. John Shaft plays more like a secondary character and unfortunately, his son just isn’t interesting. A good plot might’ve been one of the surviving members of one of many of Shaft’s casualties seeking retribution or something along those lines. This plot just feels too modern and familiar and it just doesn’t work. Skip this version and watch one of the previous versions instead. 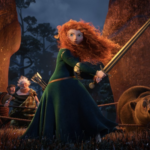 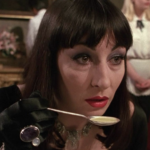