In 2015, a modestly budgeted action film named Sicario was released into the theaters. It was my favorite film of that year and remains one of my favorite movies of teh last decade. Critically it was a great success and it was also a huge financial success. It was made for $30 million and generated $84.9 million at the box office. It brought attention to two unique talents: writer Taylor Sheridan and director Denis Villeneuve. Taylor Sheridan is currently my favorite screenwriter after following that film with the one-two punch of  Hell or High Water and Wind River (which he also directed.) Denis Villenueve went on to direct Arrival and Blade Runner 2049 which were both excellent. When Sony decided to make a sequel to the film they were able to bring back key cast members Benicia Del Toro and Josh Brolin and they received a script simply called Soldado from Taylor Sheridan. The hitch was that they would not have Denis Villeneuve or cinematographer Roger Deakins because they were working on Blade Runner 2049. Taylor Sheridan turned in a script but then was busy working on Wind RIver and Yellowstone. To try to achieve their means they enlisted Italian director Stefano Sollima who had worked on a great television series named Gommora (based on the excellent book by Roberto Saviano) and acclaimed director of photography Dariusz Wolski. The result is a film that pays homage to what had happened before while not achieving the same result as the prior film.

At the border to Mexico an Islamic terrorist detonates himself when authorities interrupt a border crossing. Prayer rugs are found on the border. In the states some suicide bombers enter a grocery store and detonate themselves. The bombers have not entered the states via plane or train, but via the migrants shuttled in by the Cartels. Matt Graver (Josh Brolin) interrogates a man in Somalia and reveals that he had allowed a shipment to leave his port explaining how the terrorists had made their way to Mexico. The secretary of defense (Matthew Modine) gives Matt and his team free reign to use tactics that they had used in the war in the Middle East to try to send a message to the Cartels in Mexico. They are allowed to essentially start a war with the Cartels using war time tactics. Matt recruits Alejandro (Benicio Del Toro) to assist him promising that there will be no restrictions. In order to strike at the Cartels, they design a plan to kidnap a girl named Isabel Reyes, daughter of a cartel leader.

First off – Sicario: Day of the Soldado is not as good as the first film. I still really enjoyed the film but there are several key differences between the two films that impact the viewing experience. The most notable difference is that the first film was shot by acclaimed cinematographer Roger Deakins. Deakins is a living legend and his work on the first film was just jaw-dropping. The cinematographer on this film is very capable, but they chose to make the film look differently in ways that I feel worked against cohesion with the prior film. The footage in both films is great, but the color correction used in the second film is a differ palette than the first. To me, this was a terrible decision. Why draw attention to the new director and cinematographer in this way? I just don’t think that they knew how off-putting to an audience that would be. The second issue with the film is the score. The score for the first film was done by Johann Jóhannsson whereas the second film was performed by Hildor Guonadottir. While similar, this is one area that could have kept some consistency between the two films. The third difference is in direction. While I feel that Stefano Sollima does a solid job here, there seems to be something literally lost in translation. If he spoke better English I think the film would not suffer from the occasional stiff performance. The scenes with Matthew Modine in particular leave a lot to be desired, which is unfortunate. The editing is also not quite as tight as the first film, occasionally lingering for a few seconds longer than needed.

I wanted to get that out of the way so that I can say this – I still really enjoyed the movie. Watching the film, I couldn’t help but think of how amazing the film would have been under the guidance of Villeneuve, Deakins, and Sheridan. If you can get past that, the storyline presented by Taylor Sheridan is still fascinating and full of some incredible scenes. A shootout involving Mexican police is one highlight. The location shooting in Mexico City for the kidnapping sequence is another standout scene. The film’s storyline has a few flaws in it, but it is still engaging and interesting. While this is Taylor Sheridan’s least cohesive script thus far, I still felt like I was watching something new.

It is great to watch both Benecio and Brolin onscreen reprising their roles. Both turn in great performances. Two performances in the film fell a little flat for me. Catherine Keener is typically great but the film does not giver her much to do and she felt a little lost in the film. Matthew Modine delivers a weak performance, but I truly felt like this was the director’s fault more than his.

At the end of the day, this is a film that feels like it had a little bit of unnecessary interference to what it could have been. For example, the name of the film was just supposed to be Soldado, if that tells you anything. While not as compelling as the first film, I still really enjoyed Sicario: Day of the Soldado. I would give the film a solid “B” rating, but I recommend you temper your expectations from the lofty standards set before it. Without tempering your expectations, it will be hard to not feel disappointed in what is actually a pretty good little movie.

Sony is incapable of releasing bad-looking transfers. Presented in 1080p with an AVC-encode in an aspect ratio of 2.40:1, this transfer looks fantastic. Fine detail is great. The film uses shadow effectively. While the look of the film has some similarities to the first film, the color palette is different. Honestly, this film is meant to be experienced in the best format imaginable in the biggest screen possible. It looks great.

The DTS-HD MA 7.1 track is another great reason to pick up any Sony produced title that you enjoy. This track has incredible depth and immersion. This is not quite as extreme as a film like Saving Private Ryan, but the action scenes here sound amazing. Basically flawless.

Sicario: Day of the Soldado is not as great as the first film, but it still has some incredible elements within it. I spoke to several people that hated the second film because they had expected the same greatness that was present in the first film. I feel like if you temper your expectations, there is a lot to enjoy here. While the film suffers from a few issues, I was still engaged from beginning to end and am glad to own it to watch it again in the future. Recommended. 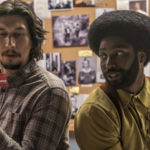 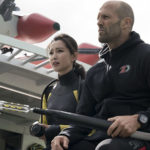